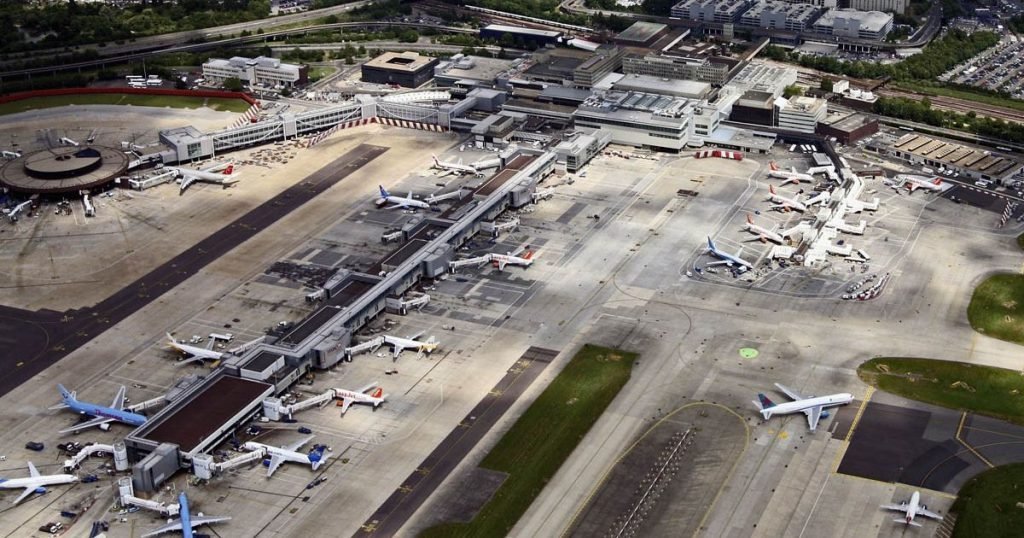 A man in his 20s fell to his death from the sixth floor of a car park at Gatwick Airport’s North Terminal and was pronounced dead at the scene.

His body was removed by the ambulance crew and taken to the mortuary at the East Surrey Hospital in Redhill, where a post mortem examination was due to be carried out to establish the exact cause of his death.

A spokesman for Sussex Police said: “A man has died after falling from a car park at Gatwick Airport. Police and paramedics were called to the North Terminal car park at 4.01pm on Thursday.

“It is believed that the man, in his 20s, was a foreign national and was en-route to a European destination. Inquiries are under way to contact his next of kin. An area in and around the car park was closed for a period while the incident was dealt with.”

More on The Sun