American Airlines #AA1498 was damaged by birdstrike on approach to runway to Miami Intl Airport, FL 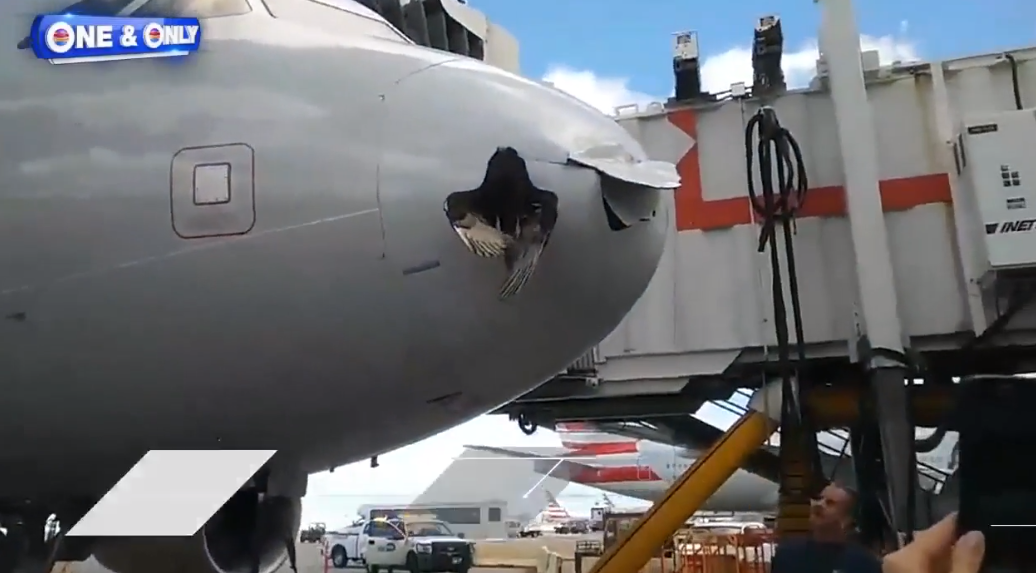 An American Airlines flight bound for South Florida was able to land safely Tuesday after a bird slammed into the front of the plane.

American Airlines flight #AA1498 was approaching runway 09 at Miami International Airport, Florida at about 11 a.m. when it struck a bird. 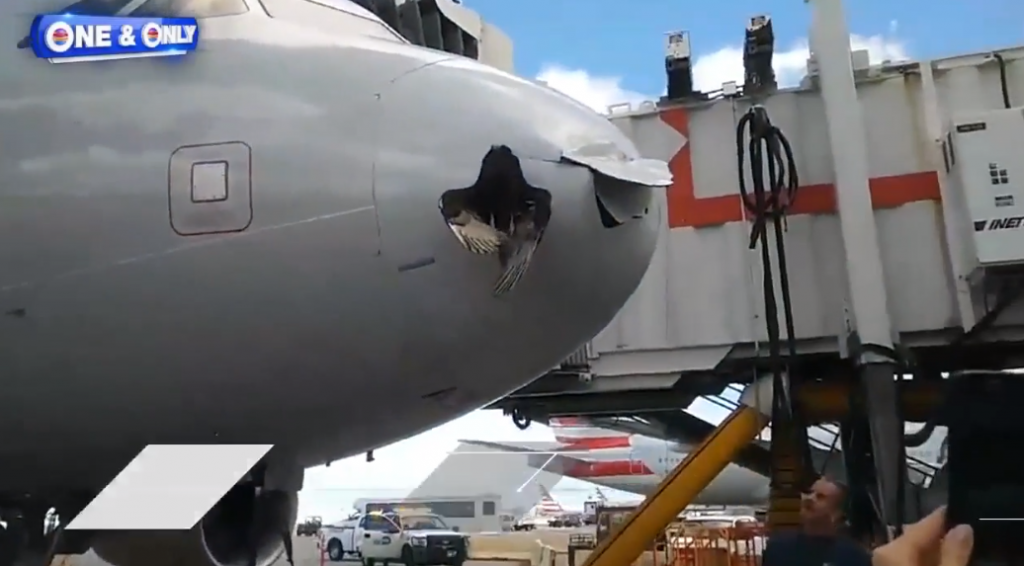 The bird impacted and penetrated the radome of the Airbus A319 (reg. N9025B).

A safe landing was carried out and the aircraft taxied to gate D22 for normal disembarkation of the passengers.

While birds often hit planes during flight, what made this incident different from others was that the bird remained stuck on the plane after the hit.