A around 1120 local time, a helicopter crashed into after hitting Beylikdüzü tower at Istanbul known as television tower.

A number of ambulances and firefighters were immediately dispatched to the scene.

Istanbul was in a thick fog this morning. 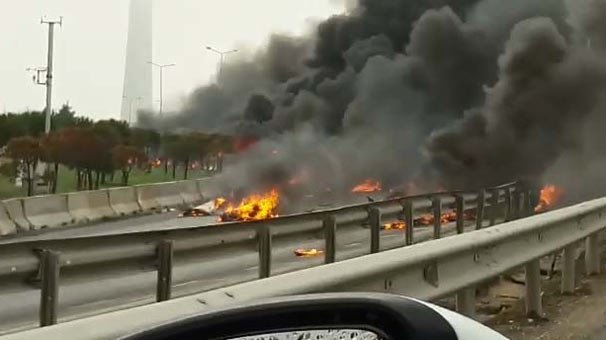