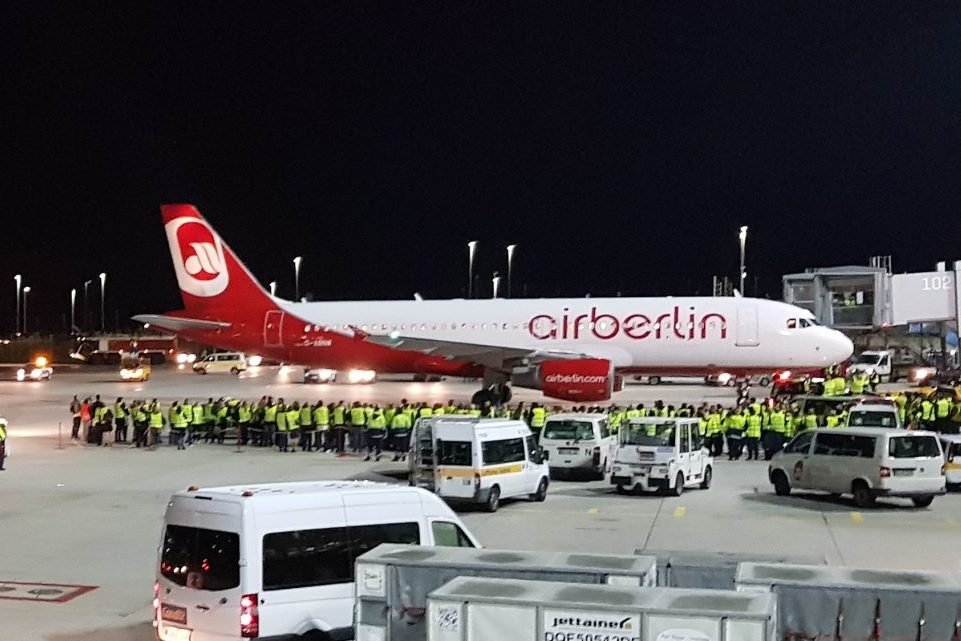 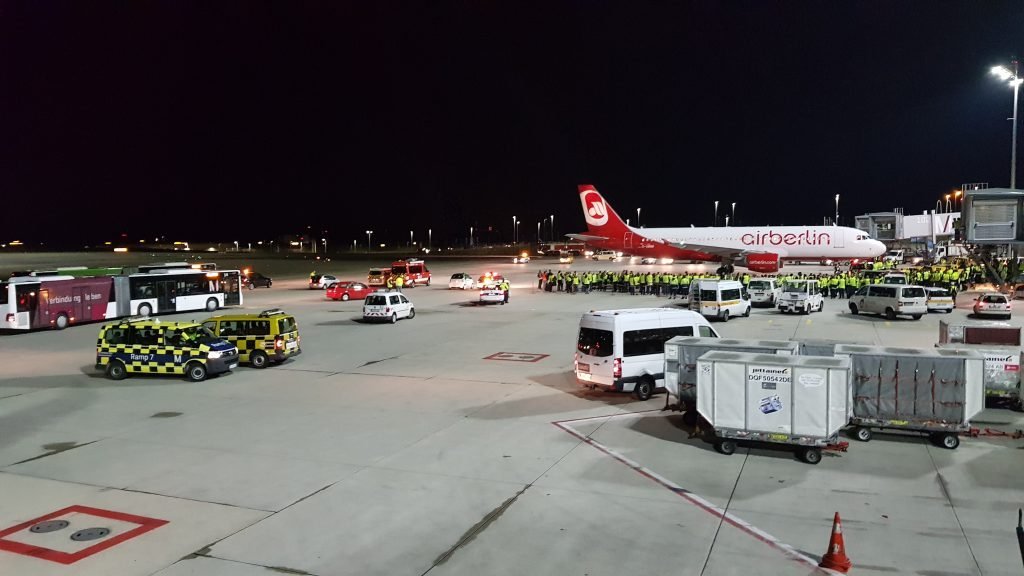 Air Berlin’s final arrival was flight #AB6210 from Munich to Berlin Tegel.
It was greeted by hundreds of airport employees and media reporters at Munich Airport before departure.

The flight landed in Berlin at 23:44 local time. 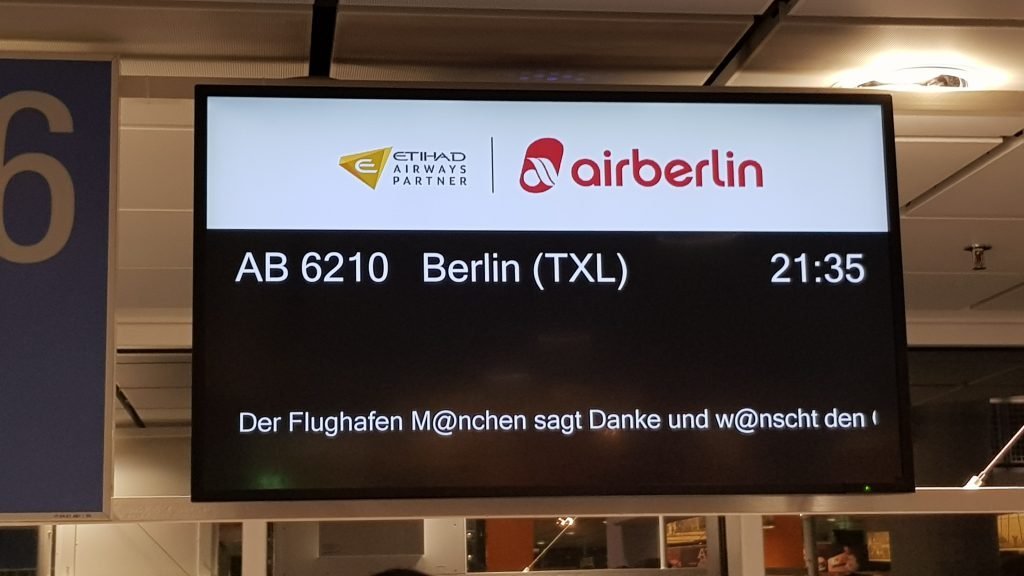 We were on board the third last Air Berlin flight today, from Munich to Düsseldorf (#AB6048). You can find pictures and videos of this sad event on our Twitter and Facebook accounts.

Air Berlin had filed for insolvency on August 15th this year.

German flag-carrier Lufthansa will take over 81 of Air Berlin Group’s aircraft. EasyJet wants to buy up to 30 AB aircraft, but the deal is not signed yet.