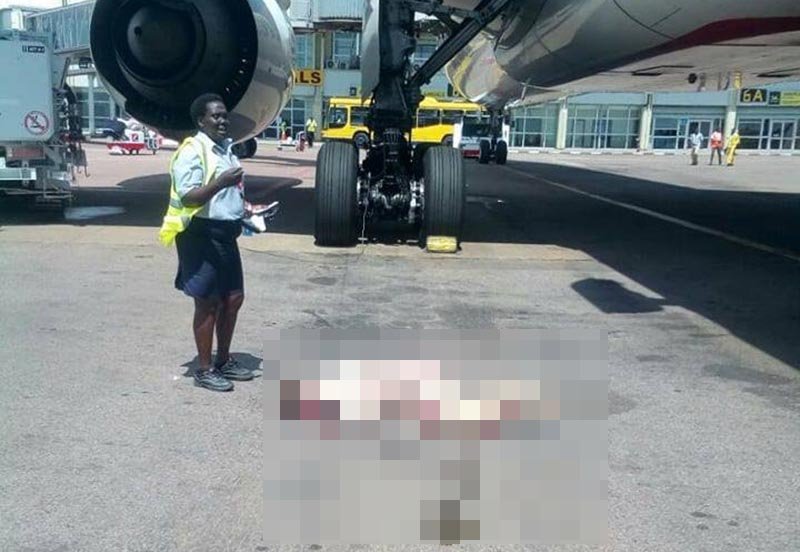 A crew member of a Boeing 777 due to depart Entebbe International Airport has opened the emergency exit door and fell from the plane sustaining serious injuries.

The Emirates flight #EK730 had just delivered passengers to Entebbe, Uganda and was preparing to load other passengers for Dubai when the incident happened on Wednesday afternoon, said a source at the Airport.

The flight attendant was immediately evacuated and taken to hospital with life threatening injuries.

UPDATE The flight attendant who fell off a plane at Entebbe International Airport has died. Kisubi Hospital confirmed they received the woman but she was already dead.

Press release from the Civil aviation Authority in Uganda 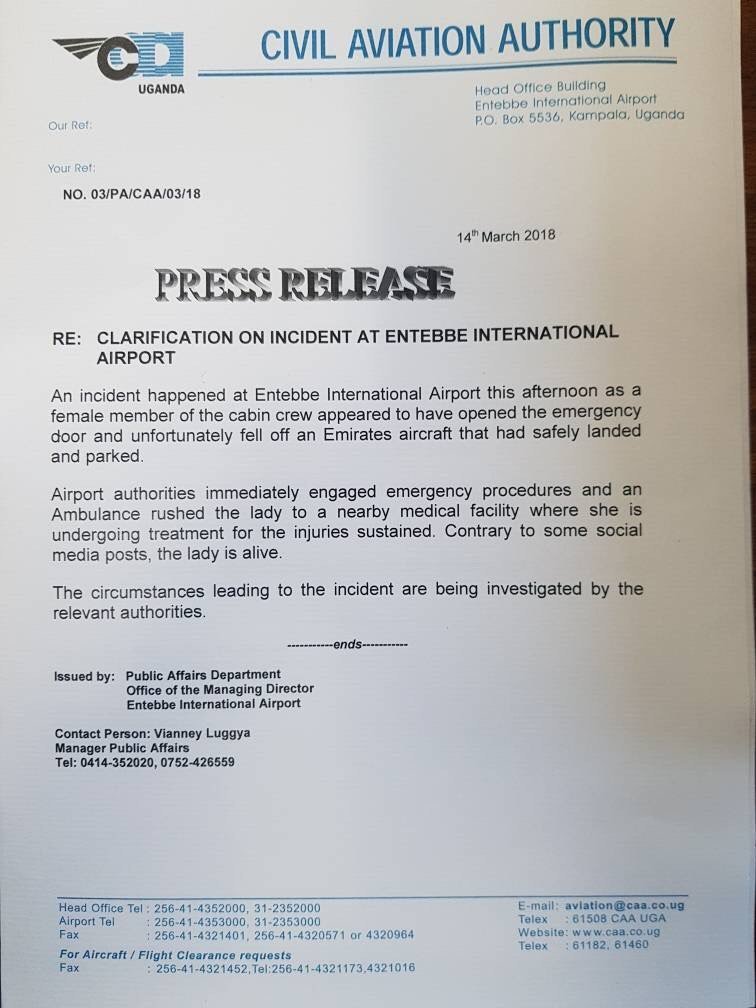 The exact cause of the incident was not yet clear but some eye witnesses said she was seen holding what looked like a glass bottle under her chin before she made the fall.

Other witnesses said they had seen her in a verbal exchange with colleagues as they boarded the plane. 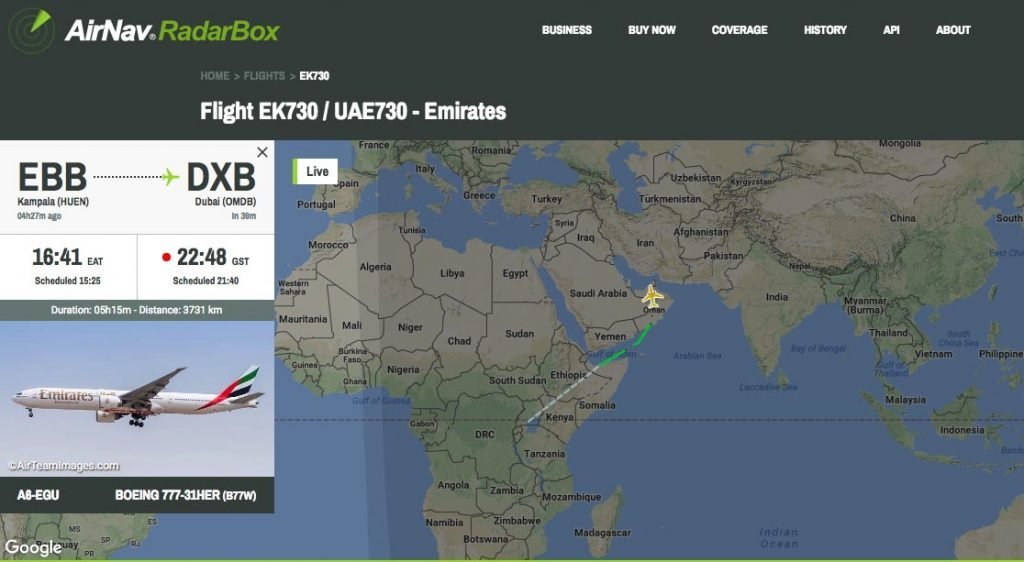 BREAKING No more easyJet aircraft in the sky this morning, all...

Heathrow worker and his daughter died within less than 24 hours...

Qantas operated what is said to be its last Boeing 747...

ALERT ANA Boeing 787-9 lost part of an engine panel after...