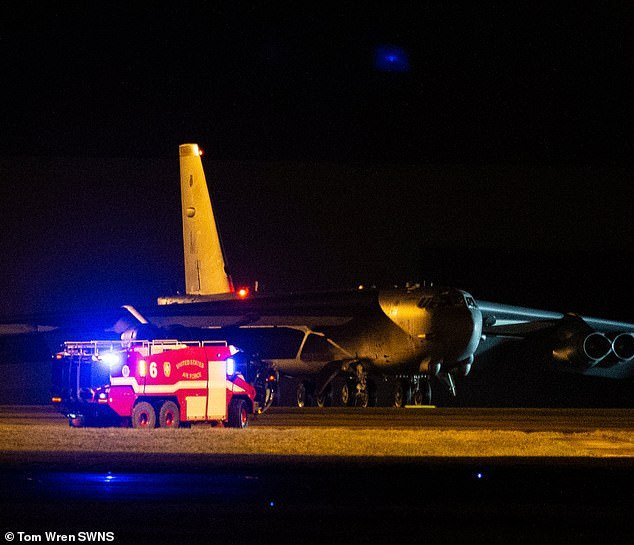 A B-52 bomber, callsign Cake11 made an emergency landing at RAF Fairford in Gloucestershire after suffering a suspected engine failure while flying over the Mediterranean.

An American B-52 bomber performed an emergency landing at RAF Fairford after burning fuel over Worcestershire following engine failure over the Mediterranean. The bomber departed Minot AFB, North Dakota ahead of a long-range show of force over the Middle East when it lost one of its eight engines.

The aircraft was forced to circle for more than three hours to reduce the amount of fuel on board so it can reduce weight to take stress off its landing gear.

The bomber suffered a failure with one of its eight engines.

The long-range, subsonic, jet-powered strategic bomber has been operated by the United States Air Force since the 1950s.