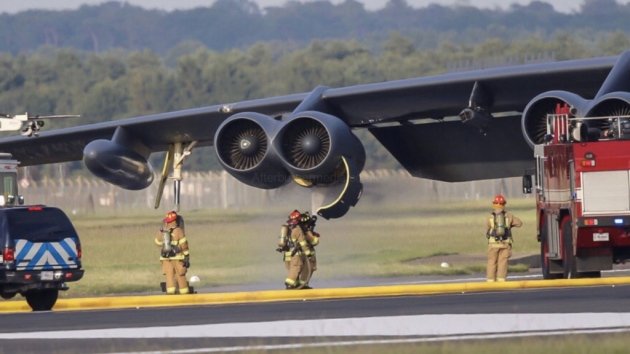 The B-52, an American bomber, was spotted by several people on social media flying in circles around the base as it tried to burn off fuel before landing on Monday.

There were two B-52s, one was in a holding pattern waiting for a tanker from RAF Mildenhall. It then developed an engine issue and landed.

The second was also held for a while then headed back to the USA with a KC10 extender tanker up the east coast.

It is believed that two of the plane’s eight engines cut out.