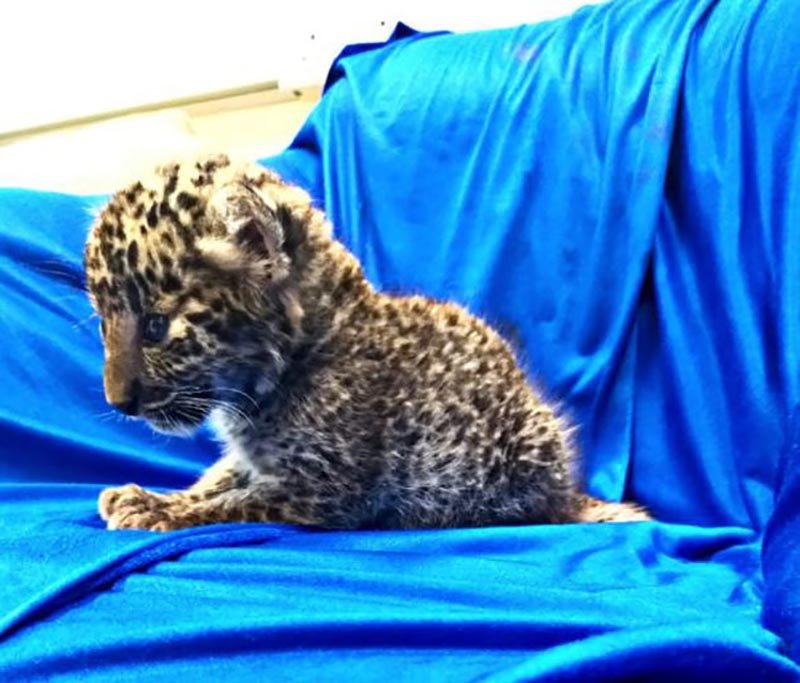 Customs officials on Saturday morning seized a baby leopard from a passenger who arrived from Thailand at Chennai airport.

Kaha Moideen,45, had brought it in his checked in luggage from Bangkok.

The animal was found after customs officials stopped a passenger for a random check. While frisking, they heard muffled cries coming from his checked in baggage. The leopard cub was kept inside a pink plastic basket, said an official release.

The cub was in a state of shock and was making shrill noises. It was given milk using a feeding bottle by customs officers.

Forest department officials who rushed to the spot confirmed that it was a female leopard cub of the species Panthera Pardus. It weighed 1.1kg and 54 cm in length.

The cub and the man have been handed over to Tamil Nadu forest department. Action will be taken against the accused under Wildlife Protection Act 1972.