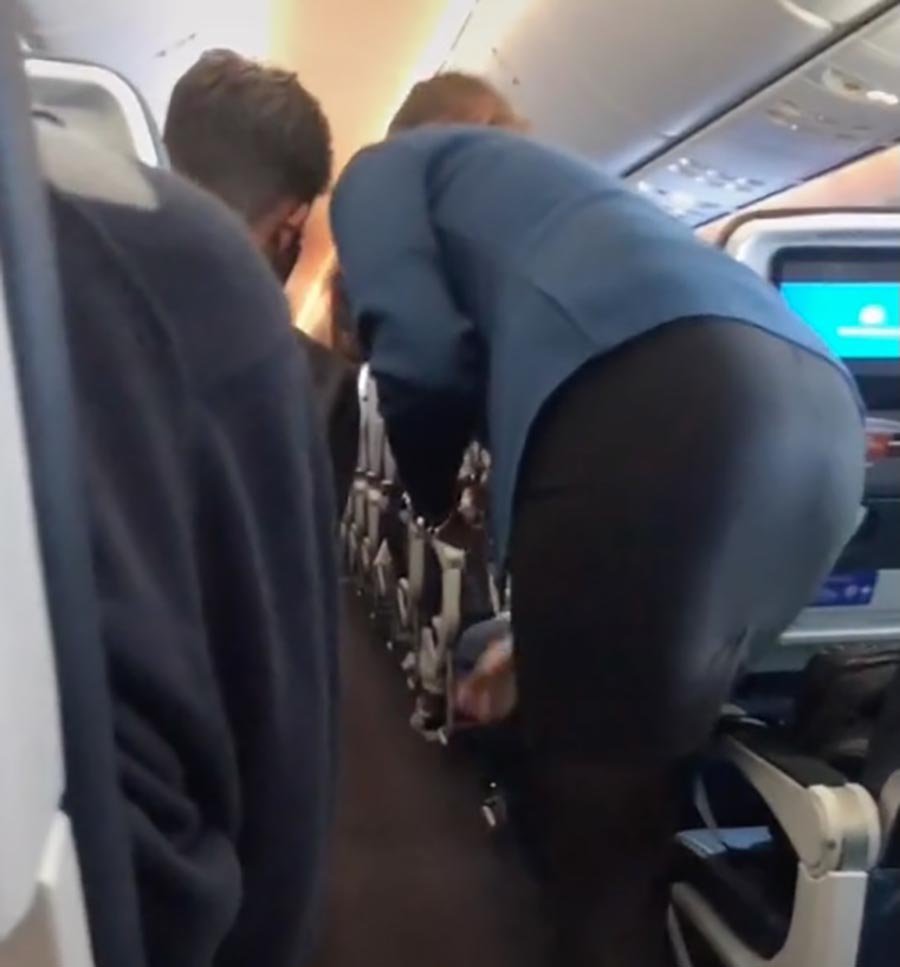 A bird has had a wild journey crossing the Atlantic Ocean in a plane after it accidentally “hopped on” the trans-Atlantic flight.

Plane passenger Brooke Frazier was on board the eight-hour flight from Brussels, Belgium, and at some point mid-flight, she saw a little birdie flying through the aisle.

She captured the bizarre scene on the phone and posted: “Little birdy hopped on in Belgium, getting off in the US but in the mean time he is going crazy.

“The little guy is about to be so confused.”

The small bird is seen flying all the way to the far end of the corridor before making a quick turn and heading to the back of the plane.

It rests on the shaft above the overhead cabin for a short while and goes around before Brooke ends the recording.

@totallychillfemalelil birdy hopped on in belgium, getting off in the US but in the mean time he going crazy

She added: “I started tearing up because its whole family is in Belgium and it’s gonna get off and have to make new friends.”

While some assured the bird will just fine and start a new chapter in US, others made light of the situation.

One said: “Hope he has his visa ready.”

“For several hours, he was the fastest flying bird in the world,” a second wrote and a third joked: “He’s gonna have to use ‘duolingo’ to learn to speak English then.”