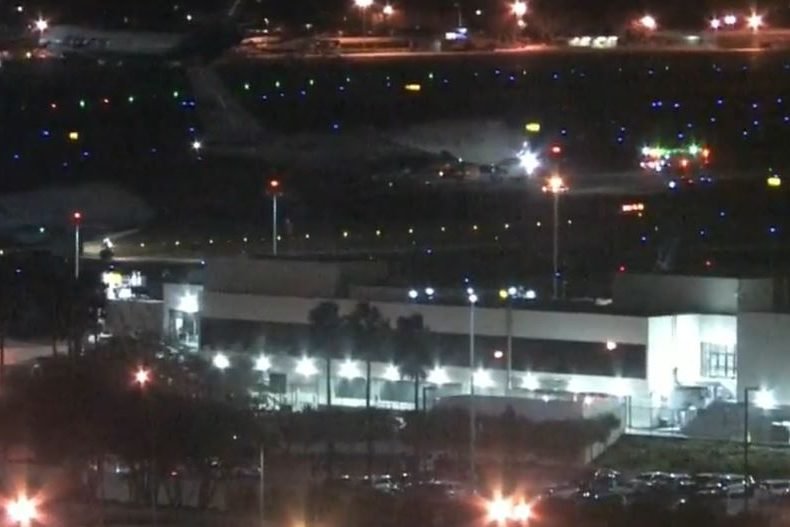 A cargo jet taking off from LAX early Monday was damaged when it hit a trash bin that was blown onto the runway.

The Kalitta 747 cargo plane was taking off at about 3 a.m. from Runway 25 Right when it ran into the trash bin, which had been blown into the plane’s path by strong winds.

The bin hit the nose gear of the plane and blew out two of its tires.

Seven people were on board the plane, but none were injured. The Los Angeles Fire Department says there was no fuel leak or fire.

INCIDENT A Malaysia Airlines Boeing 737-800 has been damaged during pushback
April 8, 2020