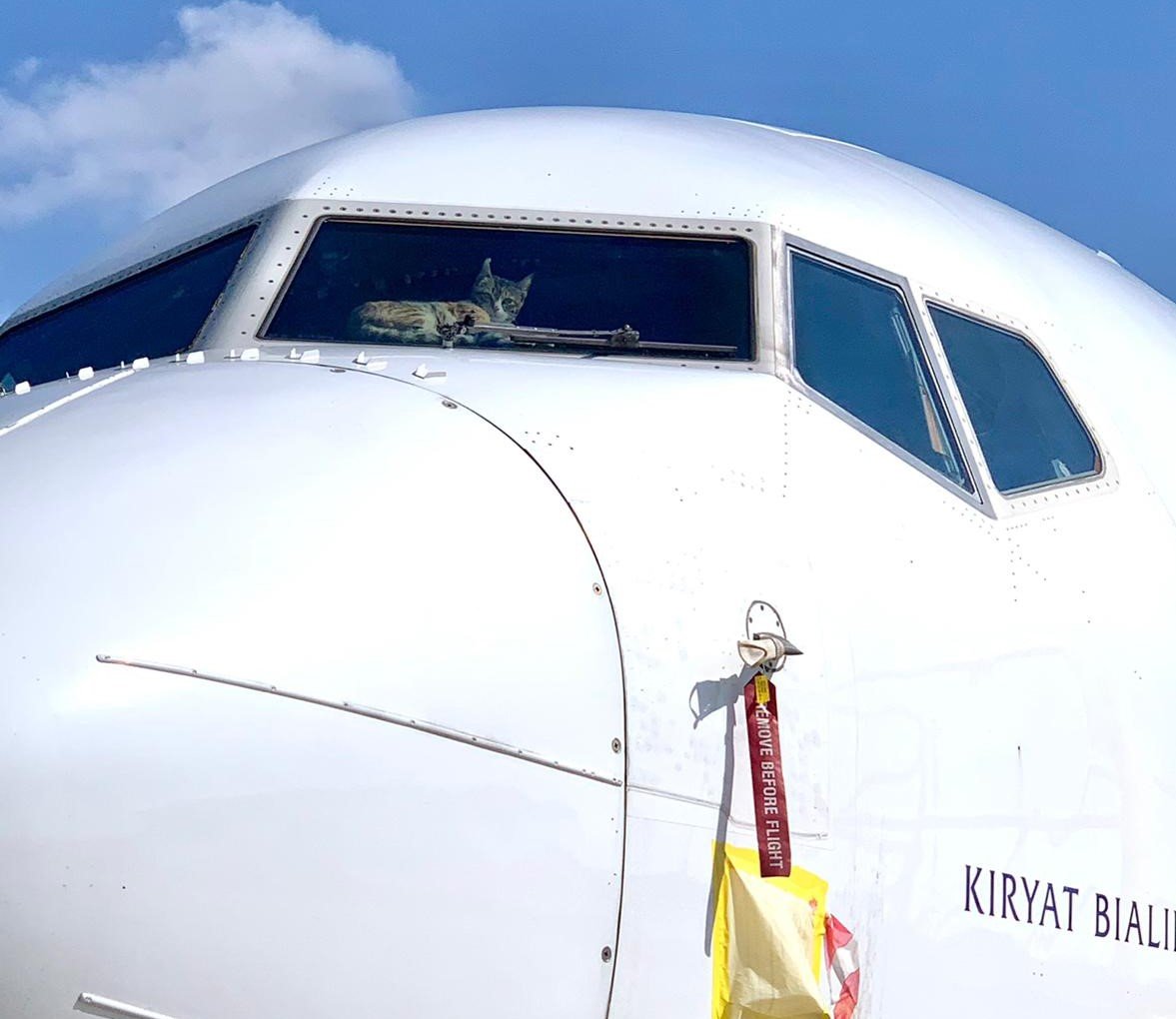 A cat was noticed to be stuck in the cockpit of a locked El Al Boeing 737 parked at Ben Gurion Airport in Tel Aviv.

The El Al Boeing 737-900ER has been on the ground since January 24th after the plane arrived back to Tel Aviv from Dubai.

Ido Wachtel noticed the cat on February 7th, and he shared the photo on social media. However, the cat has been released as of now.

The cat was stuck inside the El Al Israel Airlines Boeing 737-900ER with registration 4X-EHB, which was delivered to the airline back in November 2013 and is currently 7.3 years old.