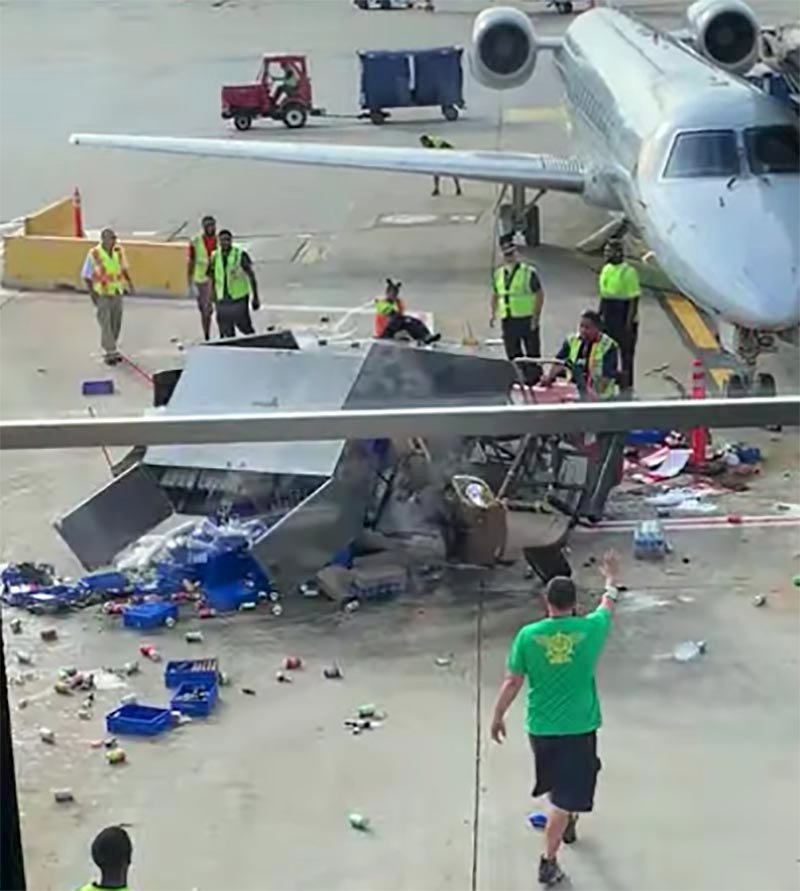 A spokesperson for American Airlines said they believe an accelerator on the cart became stuck, causing it to lose control

Video shot by a passenger waiting for their flight shows the car driving in circles, unmanned, as workers jump out of the way and pull each other to safety, even as they try to find a way to stop the cart.

Eventually another airport employee on another vehicle rams the cart, knocking it on its side and stopping it.

American Airlines said no one was injured in the incident and it resulted only in one 10 minute flight delay.

“We appreciate the quick action of our team member who stopped the vehicle. Safety is our top priority and we are working with our partners to investigate the incident,” the statement said.