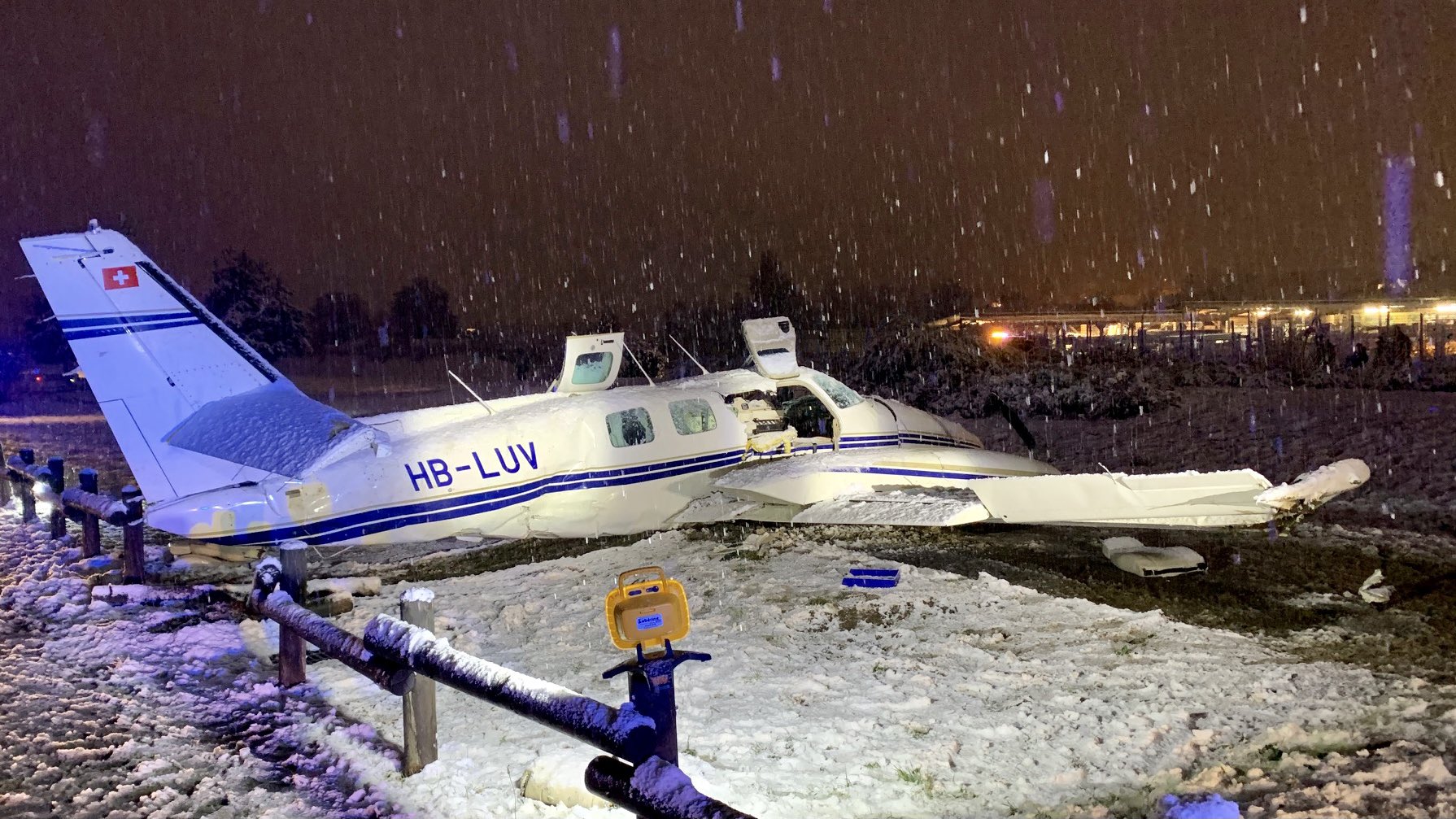 A Cessna T303 type aircraft left the runway and crossed a road nearby, upon landing in snowy weather conditions at Annecy-Meythet Airport.

The incident took place on Friday afternoon, December 4. A Swiss pilot and two French passengers were on board the aircraft. All of them were injured, two seriously.

Although the investigation is being carried out, the snowfall that had arrived in the early afternoon could have complicated the landing of the aircraft.

Regarding the incident, the Haute-Savoie firefighters said:

“We do not know where the plane came from or where it was going. The pilot, a 60-year-old Swiss, was extricated and transported to hospital without a life-threatening emergency, while the two passengers aged 26 and 28, slightly injured, were also hospitalized.”

Around 29 firefighters were involved in this intervention after the incident.