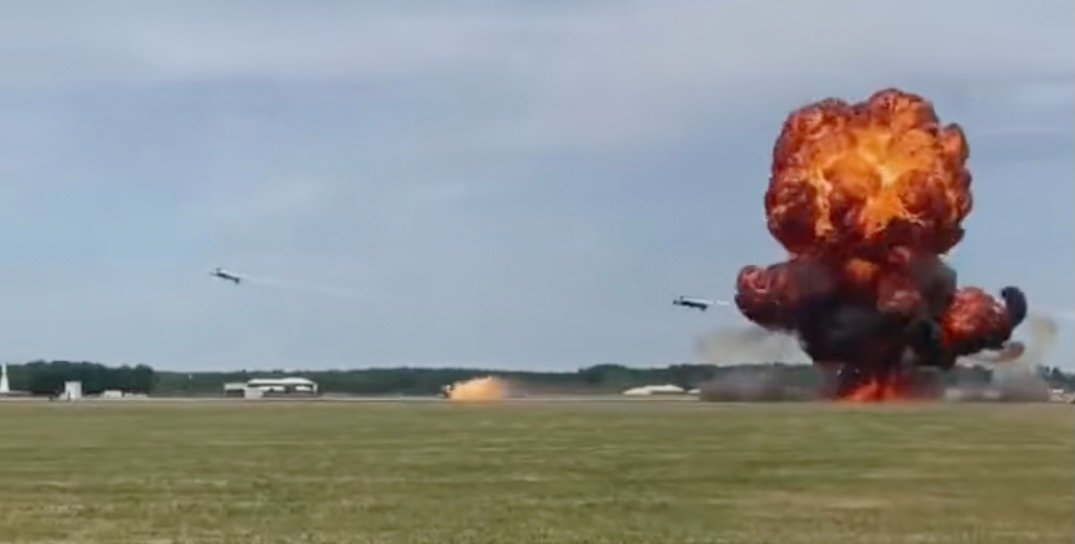 The crash took place during the show’s pyrotechnic portion when planned explosions were going off.

Two prop planes were performing aerial tricks and flying low above the truck as it raced down a runway at the Battle Creek Executive Airport when the accident happened.

Battle Creek police identified the victim as Chris Darnell, 40, who was behind the wheel of the Shockwave Jet Truck when it raced through or by an explosion and appeared to be in flames, producing a streak of smoke and debris recorded on video.

The Darnell Racing website advertises Shockwave as “the world’s only triple engine jet truck,” a modified semi equipped with three engines originally from a U.S. Navy plane, giving it 36,000 horsepower.