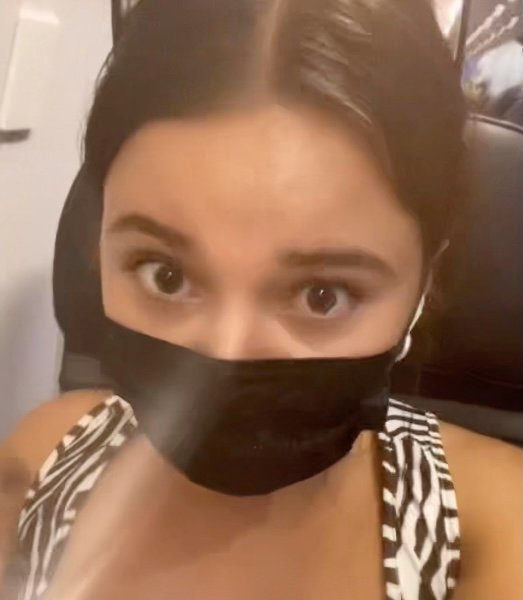 A woman has claimed that she was told to “cover up” by Alaska Airlines staff when preparing to board a flight.

A female passenger shared a video on the social media showing her sitting in a plane cabin.

She claims : “Alaska Airlines just told me I had to ‘cover up’ if I wanted to get on the plane.”

A user posted the comment “its an an airport, not the beach.”