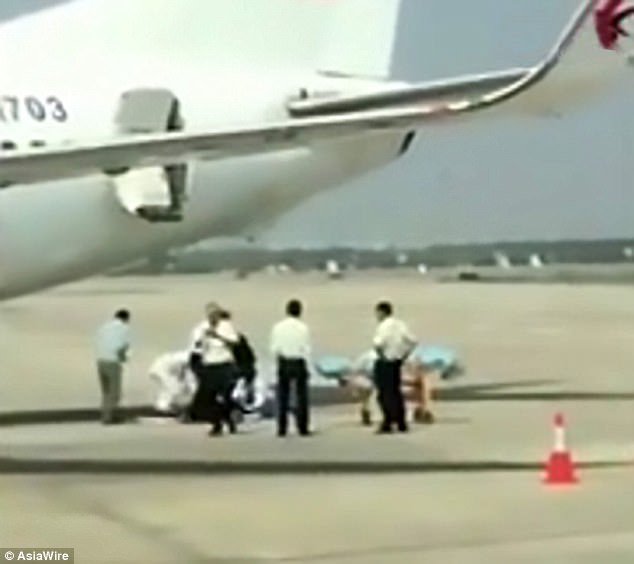 A flight attendant accidentally fell off from a cabin door and hit on the tarmac on Monday at an airport in southern China.

Shenzhen Bao’an International Airport issued a statement.
The flight MU 5762 from China Eastern Airlines, which was scheduled to fly from Shenzhen to Kunming. ‘A flight attendant accidentally fell on the tarmac from the left rear cabin door when the plane was ready to take-off,’ read the statement.