A GoAir flight from Ahmedabad, India delayed after two pigeons were flying inside the A320 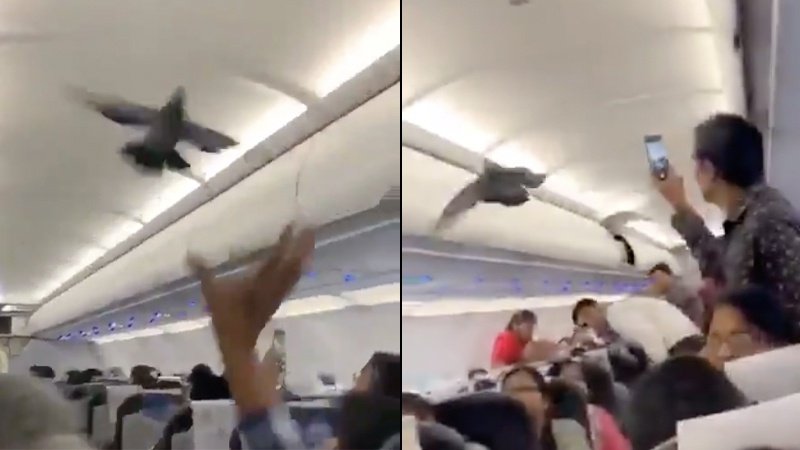 A GoAir flight from Ahmedabad to Jaipur in India was delayed after two pigeons were flying inside the plane just as it was getting ready for take-off.

The flight was able to depart after cabin crew members managed to get the birds to leave the aircraft by opening one of the plane’s doors. Video footage of the incident has been shared across social media.

The video shows one pigeon flying up and down the plane, past crew members in the aisle, who are seen ducking to avoid the bird, while a passenger is seen attempting to catch the pigeon mid-air.

“Two pigeons found their way inside GoAir Ahmedabad-Jaipur flight while passengers were boarding (at Ahmedabad airport yesterday). The crew immediately shooed birds outside,” the carrier said in the statement, Republic reports.

“GoAir regrets any inconvenience caused to its passengers and requests the airport authorities to get rid of this menace,” the low-cost Indian airline said in a statement, New Delhi Television (NDTV) reports.

GoAir Flight G8702 was reported to have landed at Jaipur airport at 6:45 p.m., around 30 minutes past its scheduled landing time, a spokesperson for the airline said.

It is unknown how the pigeons entered the aircraft but one was reportedly spotted by a passenger who opened an overhead luggage bin to store his bag and saw a pigeon inside of it, according to the Republic.