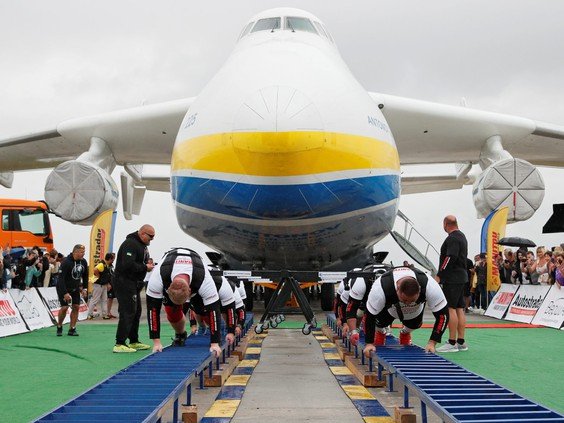 A group of eight Ukrainian athletes has set a world record by pulling the “Mirya” Antonov An-225, dedicating the 30th anniversary of the independence of Ukraine.

The two groups of four strongmen managed to move the world’s largest and heaviest aircraft, four meters and 30 centimetres, in a time of one minute and 13 seconds along the tarmac.

This World Record was set at Hostomel airport and is dedicated to celebrating 30th Ukrainian independence and Antonov’s 75th birthday.

Earlier, the national record for the fewest number of people pulling the aircraft was achieved by 10 men back in 2013. Back in 2002, the world’s largest aircraft was dragged 15 meters along by a team of 10 strongmen.