A loud noise has caused panic at Las Vegas Airport this morning, passengers walked through the security gates 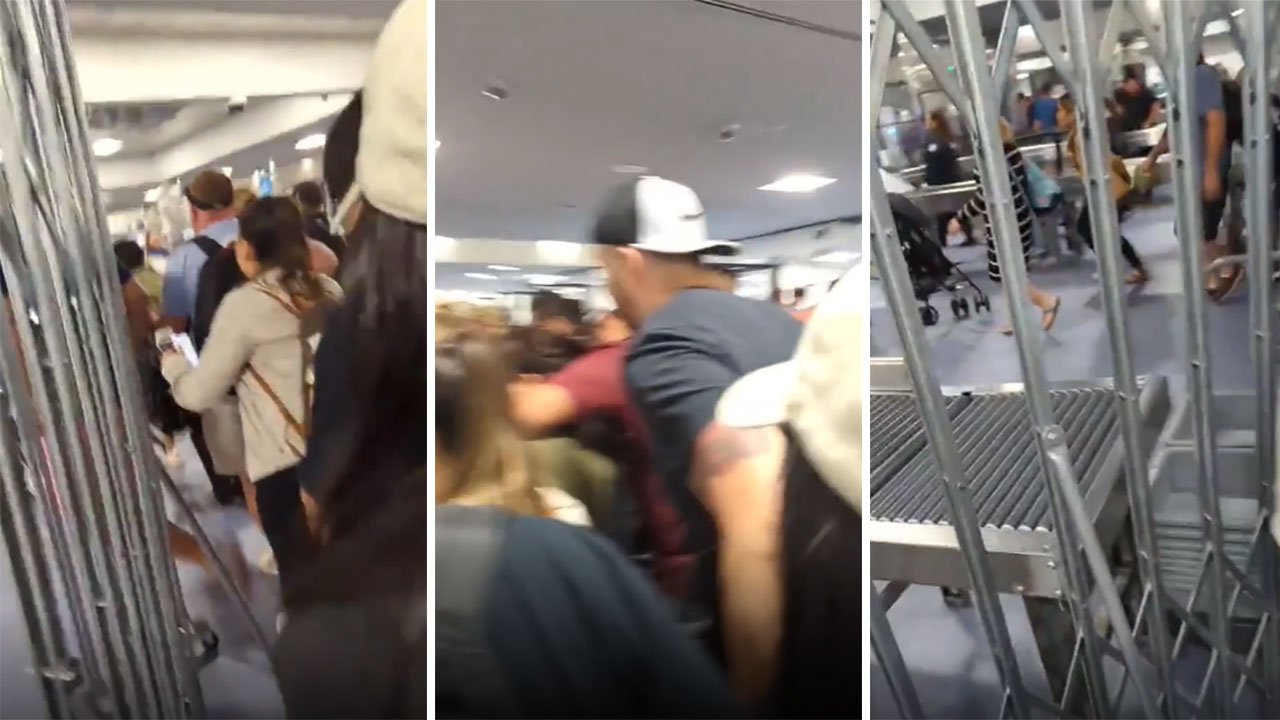 Las Vegas police said reports of a shooting at an international airport terminal were unfounded after a loud noise sent crowds running for cover.

“The noise is believed to have been caused by an unruly subject,” police said. “That person is currently in custody.”

“A loud noise has caused panic at Harry Reid International Airport this morning, and created a security incident,” the airport, in Paradise, Nevada, said. “We appreciate the patience of those traveling today as operations are in the process of returning to normal.”

Reports of a shooting this morning at @LASairport are unfounded. A loud noise in terminal 1 startled citizens in the area.

“Flights will be held as multiple concourses are cleared, and all passengers will need to be screened/re-screened at security checkpoints before boarding aircraft,” a follow-up tweet said.