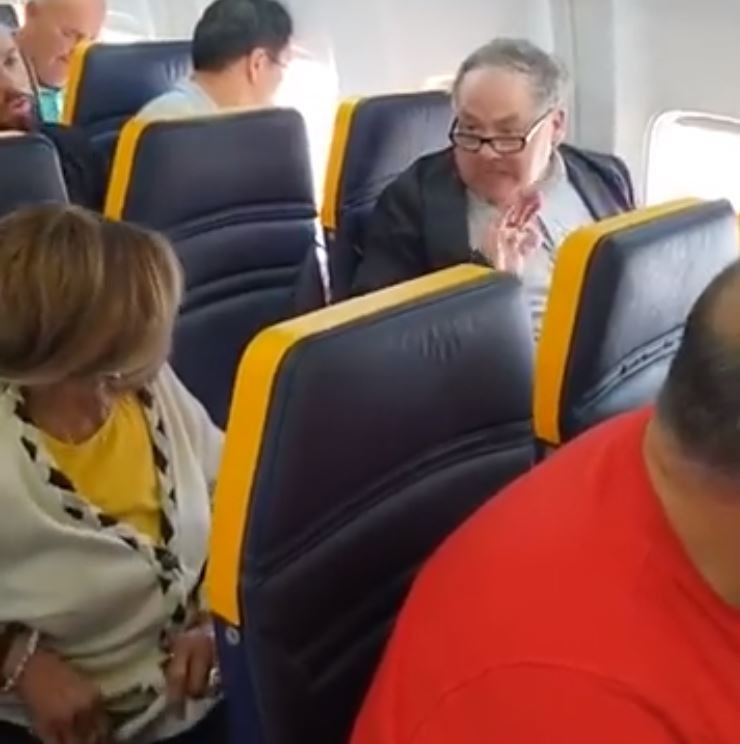 A man from the UK hurled racist epithets and explicit derogatory language at an elderly black woman on a RyanAir flight Friday Oct. 19.

David Lawrence, one of the passengers on the flight, filmed the incident while the aircraft was still at the gate in Barcelona. The video depicts a disgruntled male passenger expressing his frustration for having to be seated next to a black female.

The man calls her a “black dog” and “ugly black bastard” among other racist vulgarities. Passengers are stunned but try to get the man to stop. He continues calling her names and then threatens that if she doesn’t go to another seat, he will “push her.”

He insists that they must move her. She says she wants to talk to her daughter. Ryanair flight attendants appear to do little save to get her moved and ask him to calm down.

At the end of the flight, Lawrence was advised by the pilots to file a formal complaint.

Ryanair has yet to issue a statement about the matter.