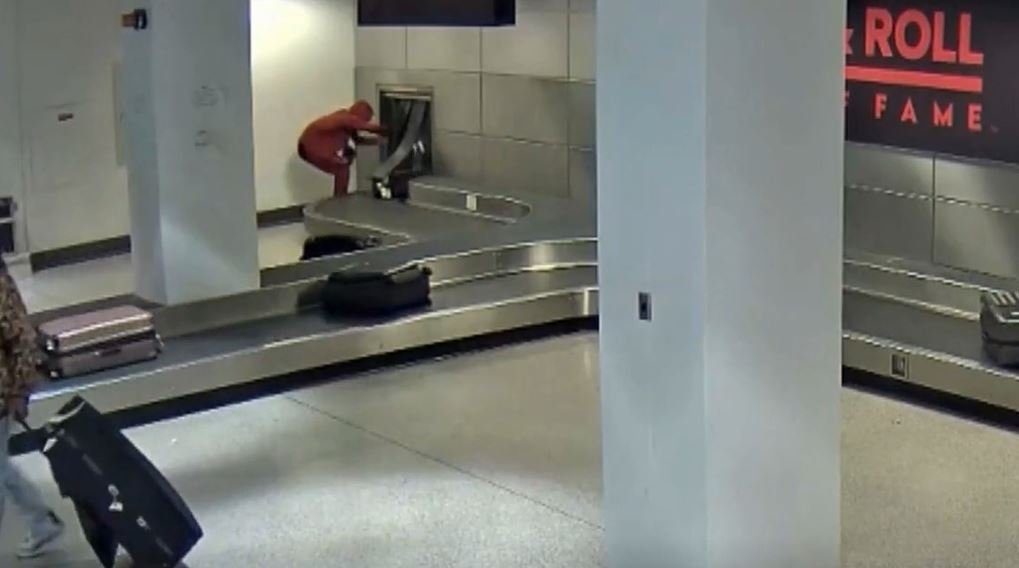 A man was arrested for climbing through a luggage carousel at an airport in Ohio in July.

The video released by the Cleveland Police Department caught the man, identified as 29-year-old Nicholas Garrett, climbing through the carousel around 4:45 p.m. July 3.

A witness said they saw Garrett enter the restricted area. They immediately called police, according to an incident report.