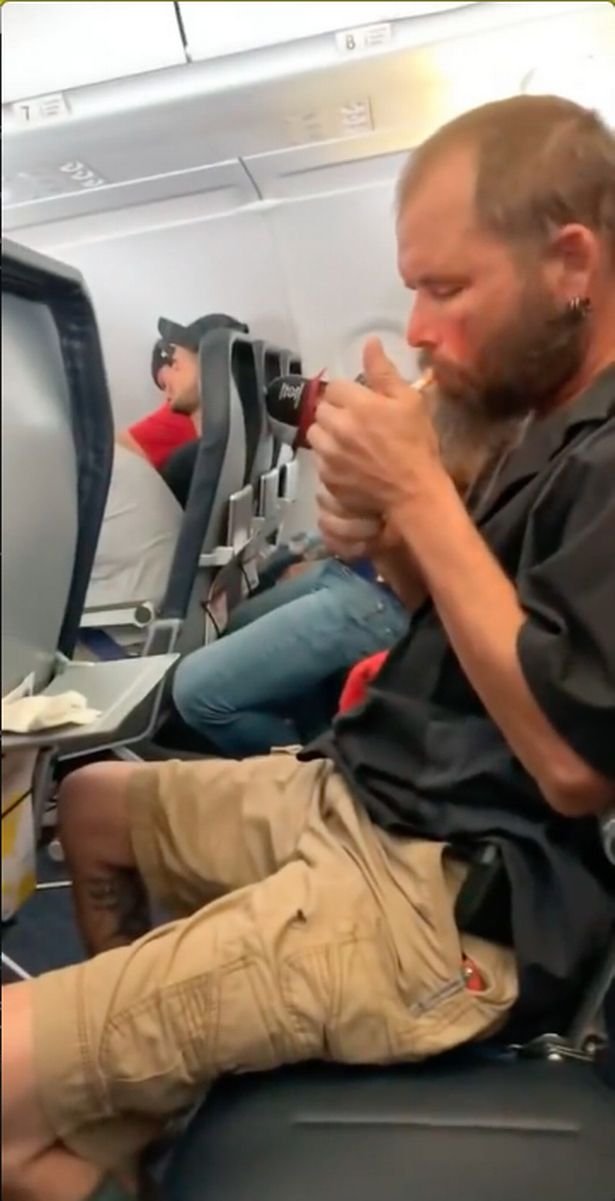 A man has been filmed lighting a cigarette in the middle of a packed plane.

Shocked passengers on board the Spirit Airlines flight to Minnesota, US, watched as the man took started to smoke, before closing his eyes and settling back into his chair.

A woman in the same row as the smoker said his behaviour appeared so concerning she started filming him on the flight at around 8.30am on May 21.

She said: “I saw him take the cigarettes and lighter out of his pocket.”I pulled out my phone and started to record as he lit the cigarette.