A man screaming obscenities was arrested at Miami International Airport 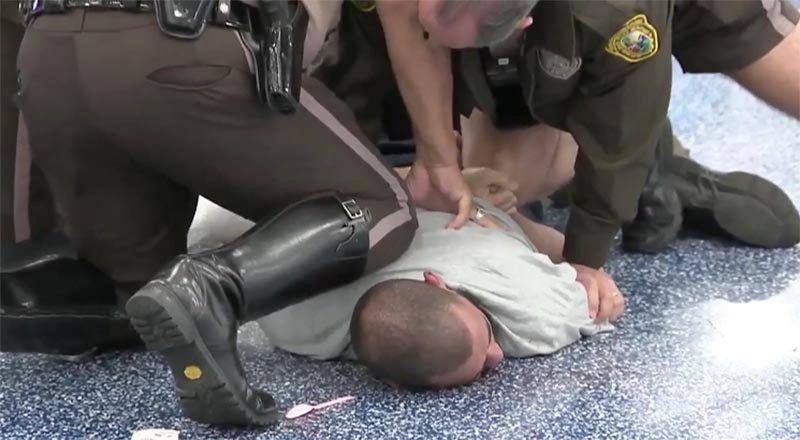 A spokesman said the man was making threatening remarks about the airport at the Concourse D check-in area.

Local news reporter was inside Concourse D at about 12:30 p.m., when he said at least six Miami-Dade police officers held the suspect down as he screamed and cursed at them.

The man tried to attack a U.S. Customs and Border Protection agent and also tried to enter a baggage area where American Airlines employees work.

The suspect’s hands and feet were bound as he was detained.

Airport officials said the situation is now under control.