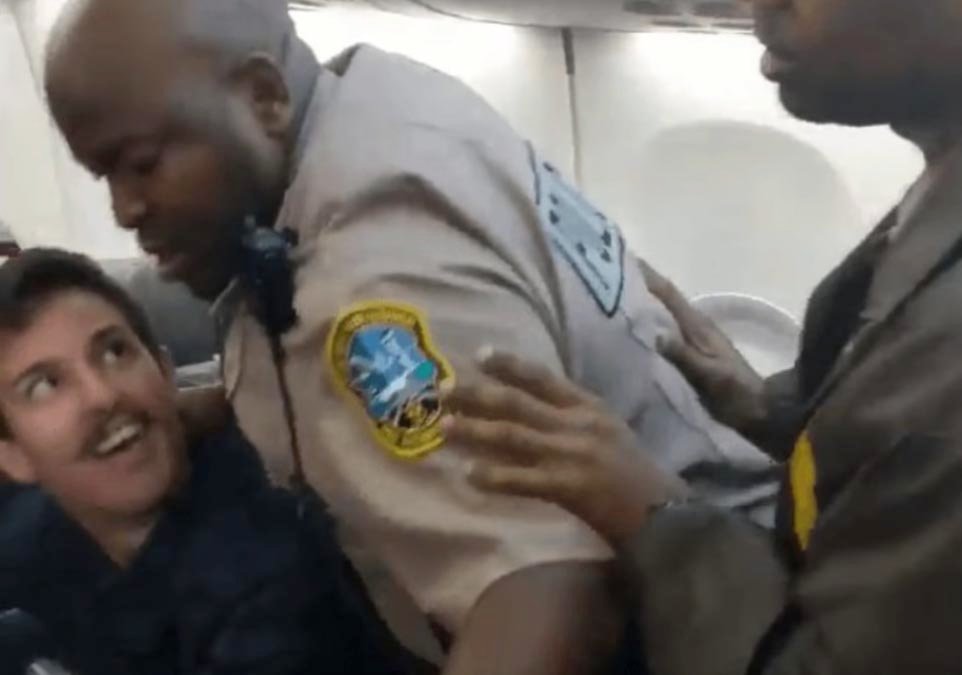 An unruly passenger was shot with a stun gun, arrested and forcibly removed from a American Airlines Miami-to-Chicago flight Sunday evening in an incident.

American Airlines says the man and another passenger got into an argument, and that’s when the crew asked the man to deplane. When he refused, officers were called in and had to use a Taser.

The male passenger asks why he is getting removed from the plane, and an officer responds with, “You just assaulted a lady.”

Police said 28-year-old Jacob Garcia has been charged with battery, depriving an officer of means of protection, disorderly conduct, resisting an officer and criminal mischief.

All other passengers remained on the plane.

The flight departed an hour later than scheduled, and successfully reached its destination at Chicago’s O’Hare airport early Monday morning.