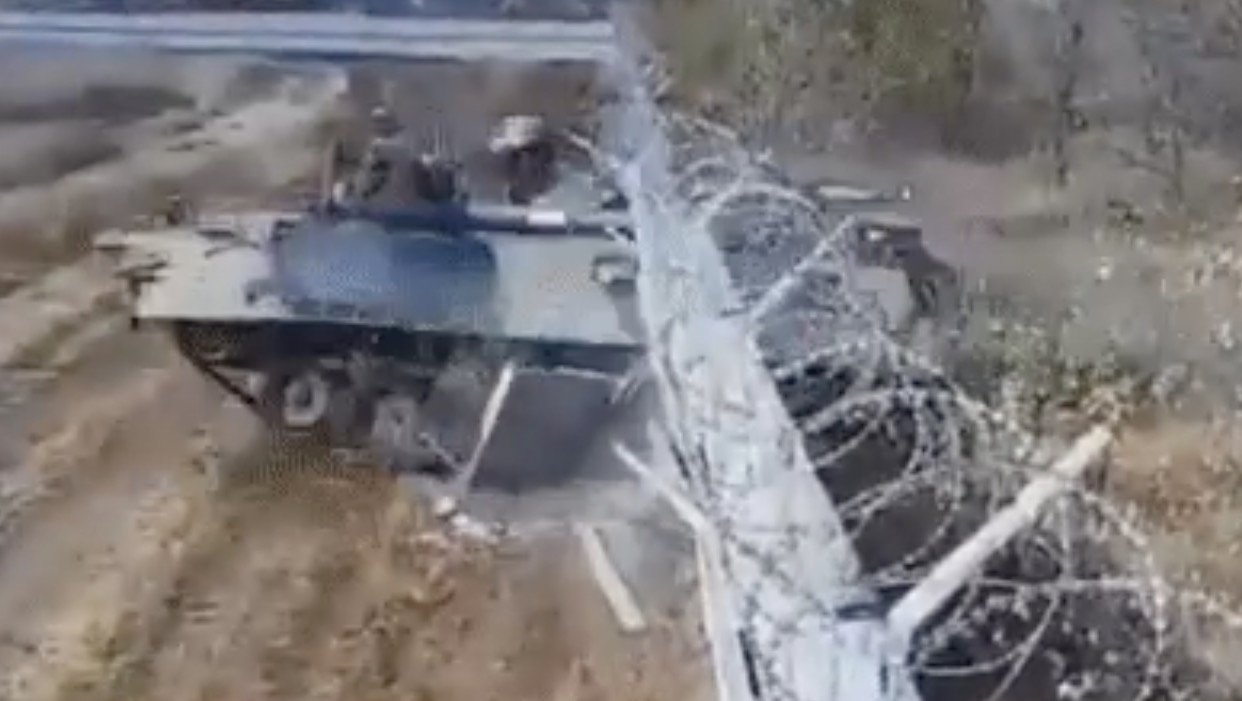 In the viral video, a BMP-3 infantry vehicle can be seen approaching a wall topped with barbed wires at the Volgograd International Airport in the southwestern region of Russia and rams through it crossing the divide.

According to a Russian independent news outlet, Baza, the incident took place on October 20 when the vehicle was on its way to a training ground for an exercise at the time.

The report further said that the airport continued to work normally after the incident although, the part of the security system was damaged.

“Judging by the video, the soldiers clearly saw the obstacle, but did not want to go around it,” said Baza. “Breaking through the fence, the Volgograd troops did not disrupt the operation of the airport but damaged the surveillance system.”