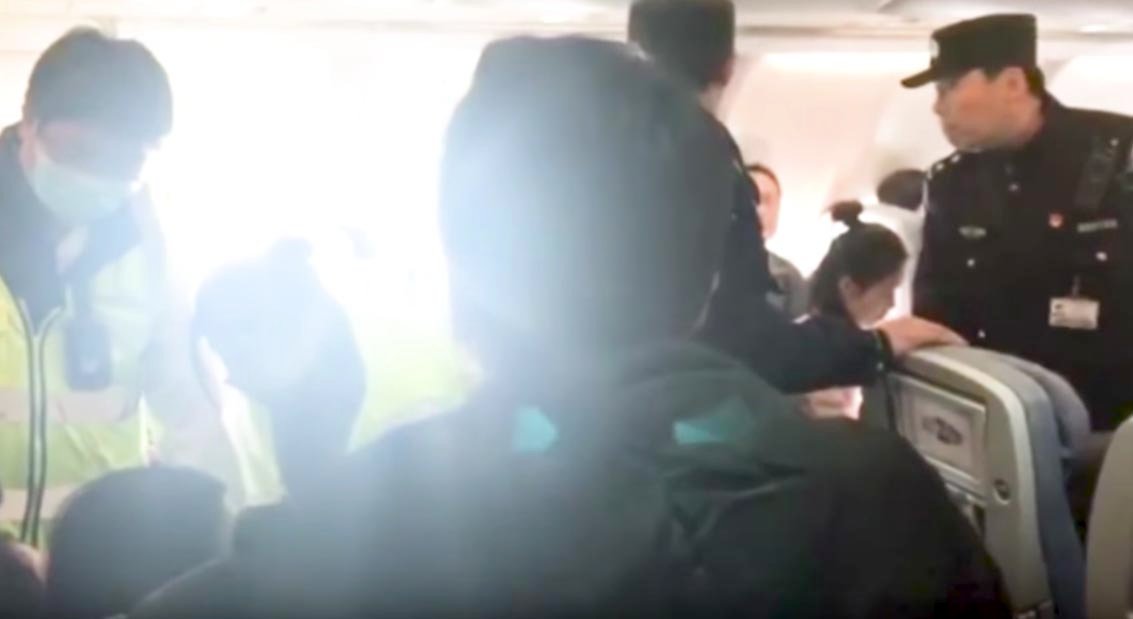 The incident took place on an Air China flight from Beijing to Sichuan, southwest China on December 20.

The woman, believed to be in her 50s, passed out briefly shortly after the Air China plane departed from Beijing.

Reports suggest the passenger had a very weak pulse and was given an oxygen mask.

Shortly afterwards, she regained consciousness and allegedly told flight attendants: “There are things possessing my body”.

Video footage taken on board by another passenger shows how at least six people, including medical staff, attempted to calm the woman and urging her to seek medical attention.

As cabin crew attempted to bring her under control, witnesses say the woman screamed out: “No! Don’t touch me! Don’t pull me!”

Upon landing at the point of departure, the woman refused to see a doctor, yelling: “There are things possessing my body and you cannot find it by health checks.”