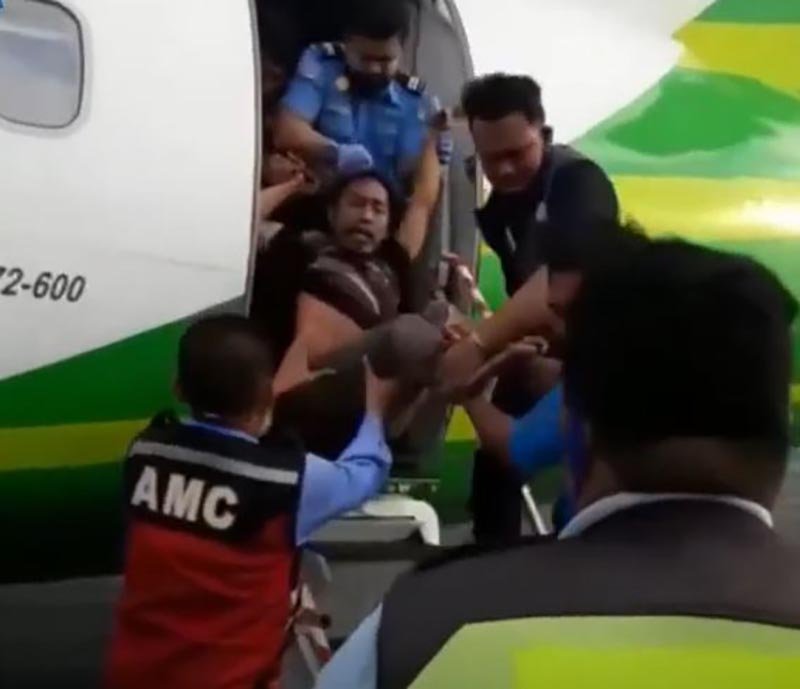 A man whose identity has not been identified was forcibly pulled from a Citilink plane at Radin Inten II Airport.

The man, wearing a black shirt and brown pants, was seen being pulled by force by airport security officers and officers.

Based on temporary information, it is suspected that he entered the airport on Tuesday night.

According to police, it is not yet certain whether the man has mental disorders or not. However, when asked for information, the answer from this person varied and seemed “digress”.

The full identity of the man is not known because no identification card was found.