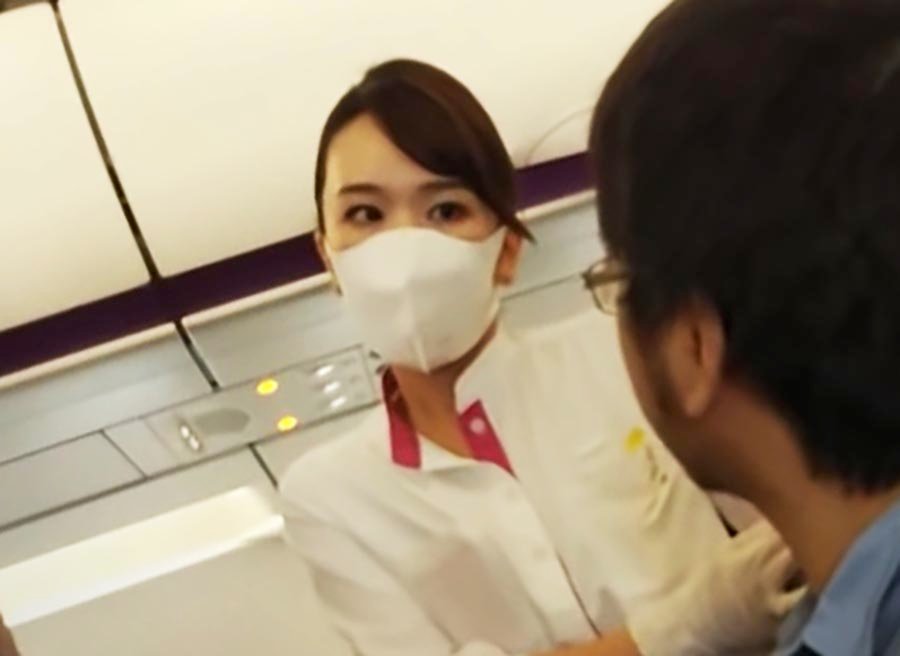 A Peach Aviation plane had to make an unscheduled landing midway through its flight after a male passenger refused to wear a face mask.

Before the plane’s takeoff from Kushiro Airport in Hokkaido, northern Japan, at 12:30 p.m. Monday, staff members of the Japanese budget airline affiliated with ANA Holdings Inc. asked the man to wear a mask to prevent the potential spread of the novel coronavirus, sources familiar with the incident said Tuesday. But the passenger refused the request.

He continued refusing to follow the request for wearing a mask after the departure. The passenger began shouting after flight attendants handed him a warning notice, prompting the plane to make an unplanned stop at Niigata Airport in Niigata Prefecture, central Japan, the sources said.

The passenger was removed from the flight at the airport to ensure safety, the sources said.

The plane reached its intended destination, Kansai International Airport in the western Japan prefecture of Osaka, two hours and 15 minutes later than scheduled due to the incident.

There were 124 other passengers aboard the flight, and some of them voiced concern over the man refusing to wear a mask, according to the sources.