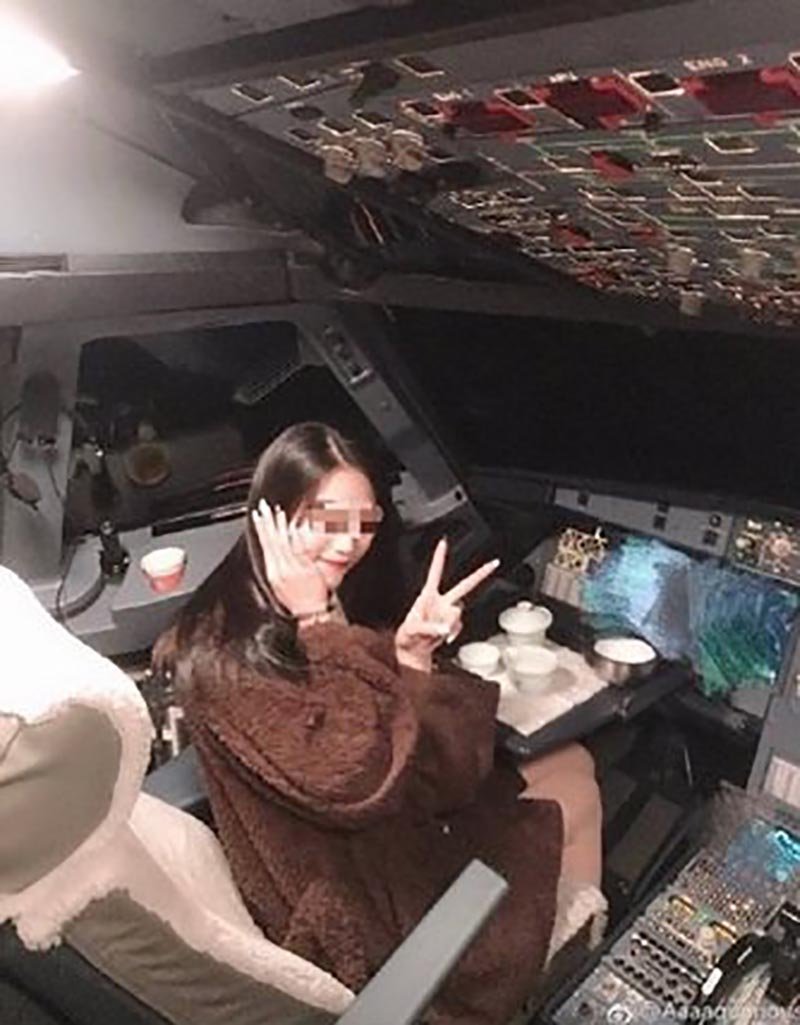 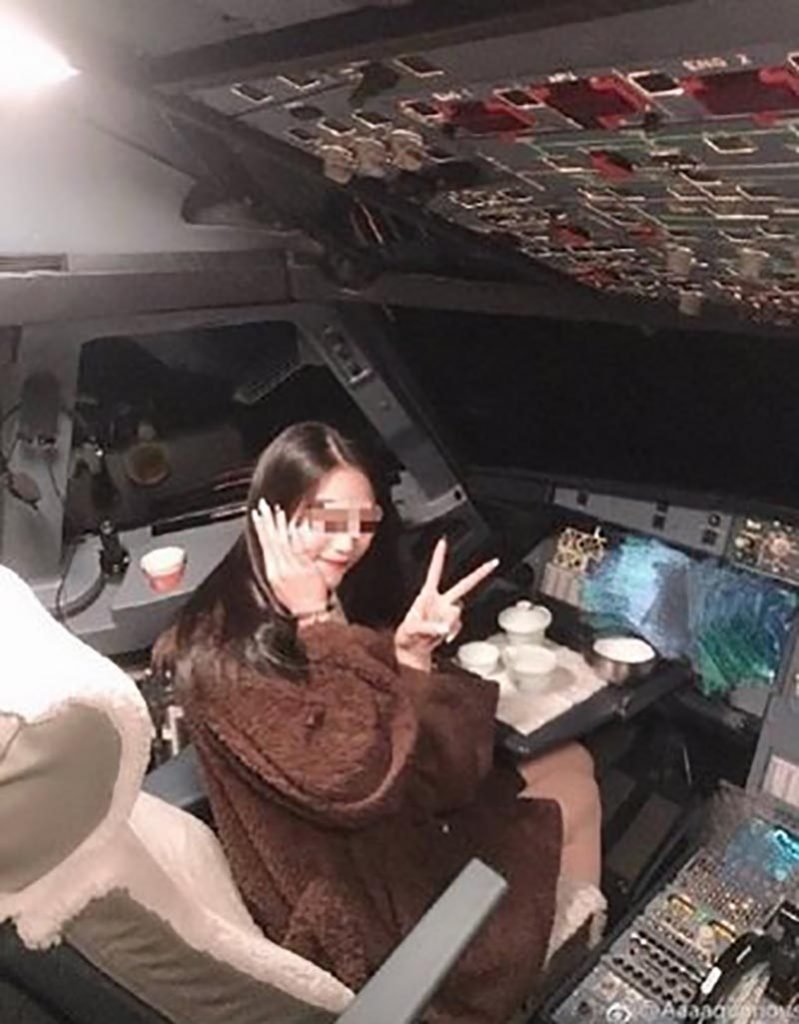 The picture, which shows the female passenger sitting in the captain’s seat and making a peace sign, was widely shared on Chinese social media site Weibo over the weekend. “Thanks to the captain. So happy,” read the caption.

Taken on an Air Guilin flight on 4 January, the image’s recent circulation prompted the airline to issue the pilot responsible, who has not been named, with a permanent flying suspension.

Air Guilin said the pilot had violated the Civil Aviation Administration of China’s (CAAC) air safety regulations by allowing an unauthorised person into the cockpit.

The incident occurred on flight GT1011 from Guilin in the Guangxi Zhuang Autonomous Region, to Yangzhou in East China’s Jiangsu Province.

Other staff members who were onboard have also been suspended while the incident is investigated further.

“Passengers’ safety is always Air Guilin’s priority. We take a zero-tolerance approach against any inappropriate and unprofessional behaviour that might risk aviation safety,” Air Guilin said in a statement.