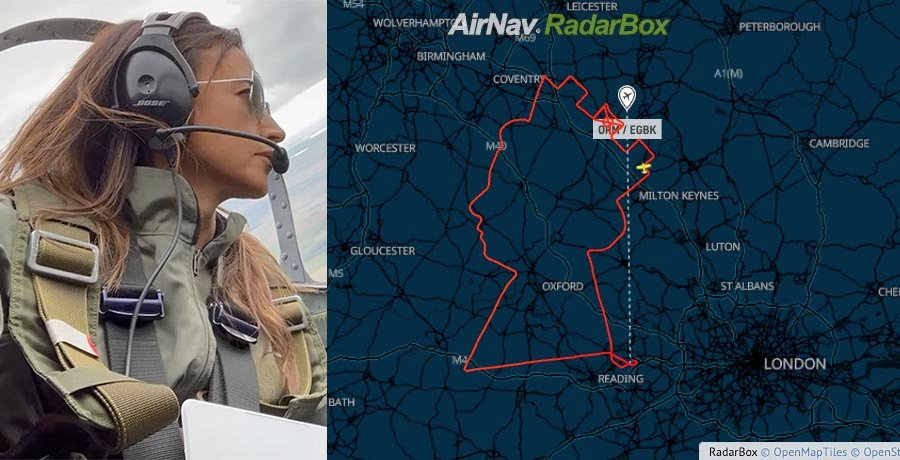 The pilot of Piper PA-28 paid tribute to the Queen in England.

Yesterday, a small aircraft took off from an airfiedl West of London to draw a giant portrait of the Queen.

Pilot Amal Larhlid took off at 14.00 local time, heading to North to draw the portrait of the Queen Elizabeth II using the flight planning program ForeFlight.

Amal Larhlid wants to raise money as an ambassador for Hospice UK.