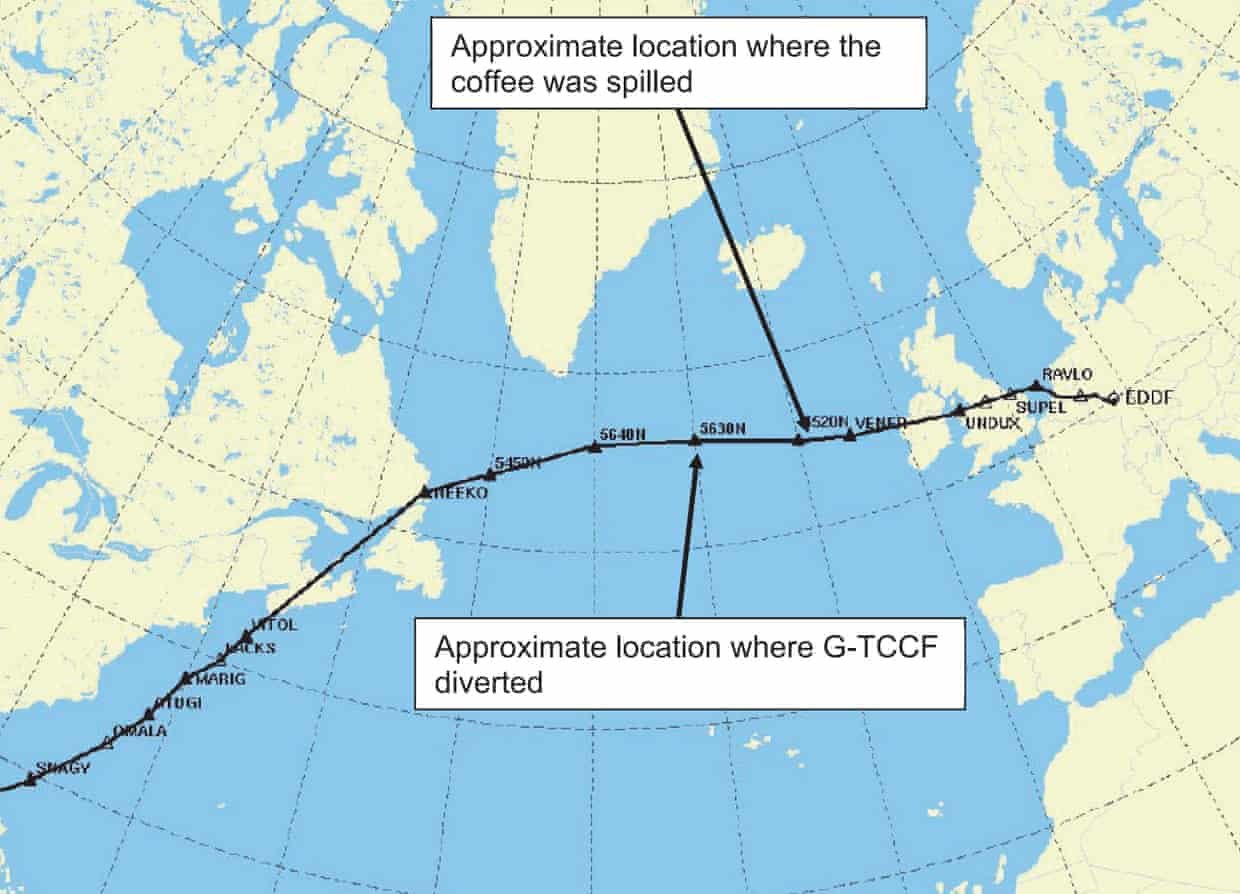 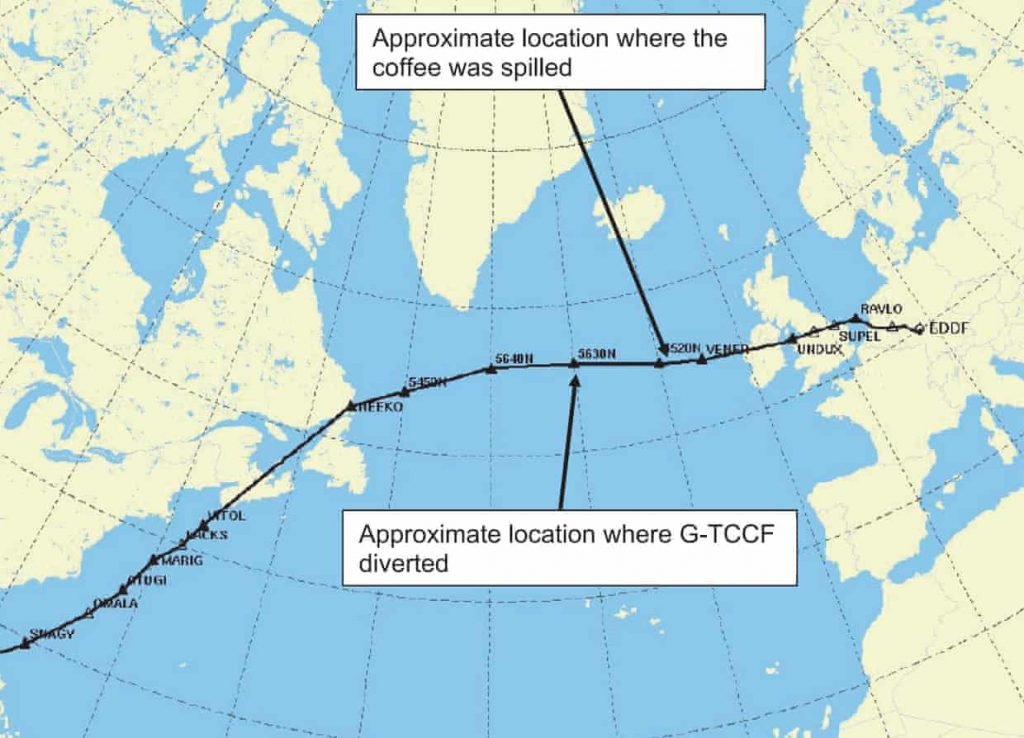 A pilot spilling coffee in the cockpit of a plane flying over the Atlantic Ocean forced it to turn back and land in Ireland.

The hot coffee damaged an audio control panel, which gave off an electrical burning smell and smoke, an accident report found. It created significant communication difficulty for the pilots flying the Airbus A330, the Air Accidents Investigation Branch (AAIB) said.

The incident happened on 6 February and resulted in the Condor flight from Frankfurt in Germany to Cancún, Mexico, being diverted to Shannon airport. The smoke and the fumes did not result in injuries to any of the 11 crew or 326 passengers onboard.

The AAIB report found the 49-year-old captain had put his coffee cup on a tray table – where objects were “vulnerable to being knocked over” – despite Airbus recommending pilots use the cup holders provided.

The AAIB said the small size of cups used by Condor “generally discouraged” use of the holders. Condor has responded to the incident by ensuring cup lids are provided on all flights, reminding pilots to be careful with liquids and supplying cups that are an appropriate size for cup holders.

A spokeswoman for the airline, which is a subsidiary of Thomas Cook Group, said: “Flight DE2116 from Frankfurt to Cancún on 6 February 2019 diverted to Shannon airport as a precautionary measure due to a minor amount of smoke in the cockpit after a liquid spillage.