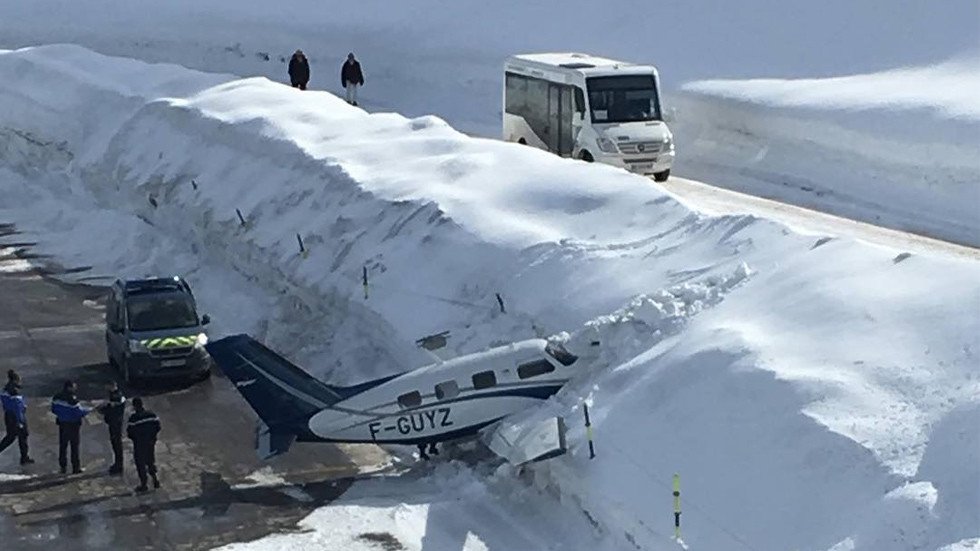 Visitors to the French ski resort of Courchevel witnessed an unlucky pilot fail to stop his plane in time during a landing and then crash into a pile of snow.

The footage shows a small Piper PA-46 (reg.F-GUYZ) rolling away from the off-strip and ploughing into the pile of snow nearby.

The plane had five passengers on board, according to local media. Four of them received injuries and were treated in the medical office nearby.

One young woman was reported to be seriously injured.