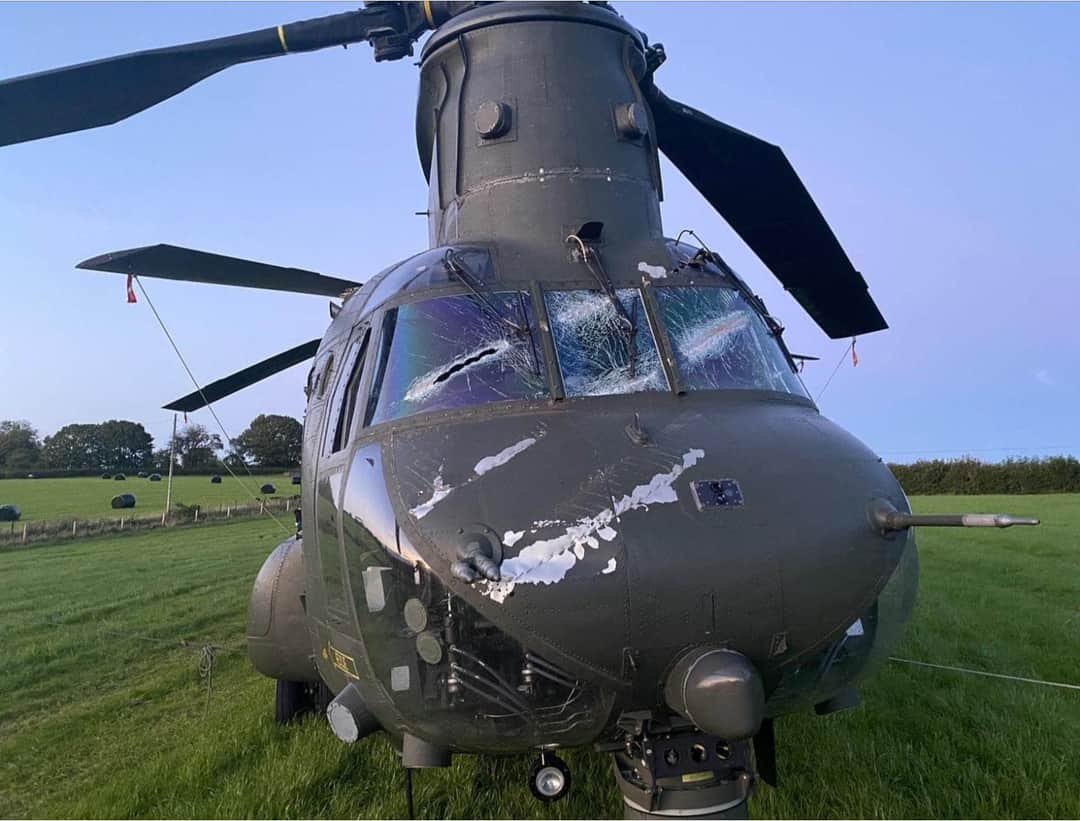 A Royal Air Force Chinook helicopter has made an emergency landing in Carmarthenshire.

The transport helicopter was suspected to have struck a power line before coming down on farmland around 10 miles north west of Pembrey.

No-one is thought to have been seriously injured, although it is understood there may have been some minor injuries.

The crew of the helicopter are believed to still be at the scene maintaining the security of the aircraft.