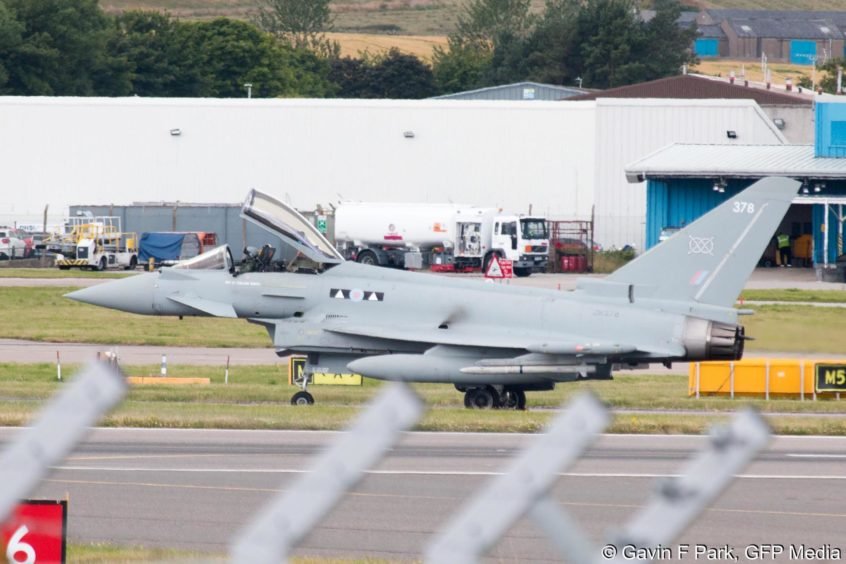 An RAF fighter jet has been forced to make an emergency landing at Aberdeen airport due to a “technical issue”.

The Typhoon was on a training mission when the problem was discovered and it landed at Aberdeen International Airport shortly before 1pm on Wednesday.

An RAF spokesman said the landing was made safely and the pilot was not injured.

He said: “An RAF Typhoon from RAF Lossiemouth on a routine training sortie had a technical issue that required it to divert to the nearest suitable airfield. “The aircraft landed safely at Aberdeen and the pilot is fine.”

A spokesman for Aberdeen International Airport said: “We can confirm there was a full emergency. The aircraft landed safely at 12.47pm.