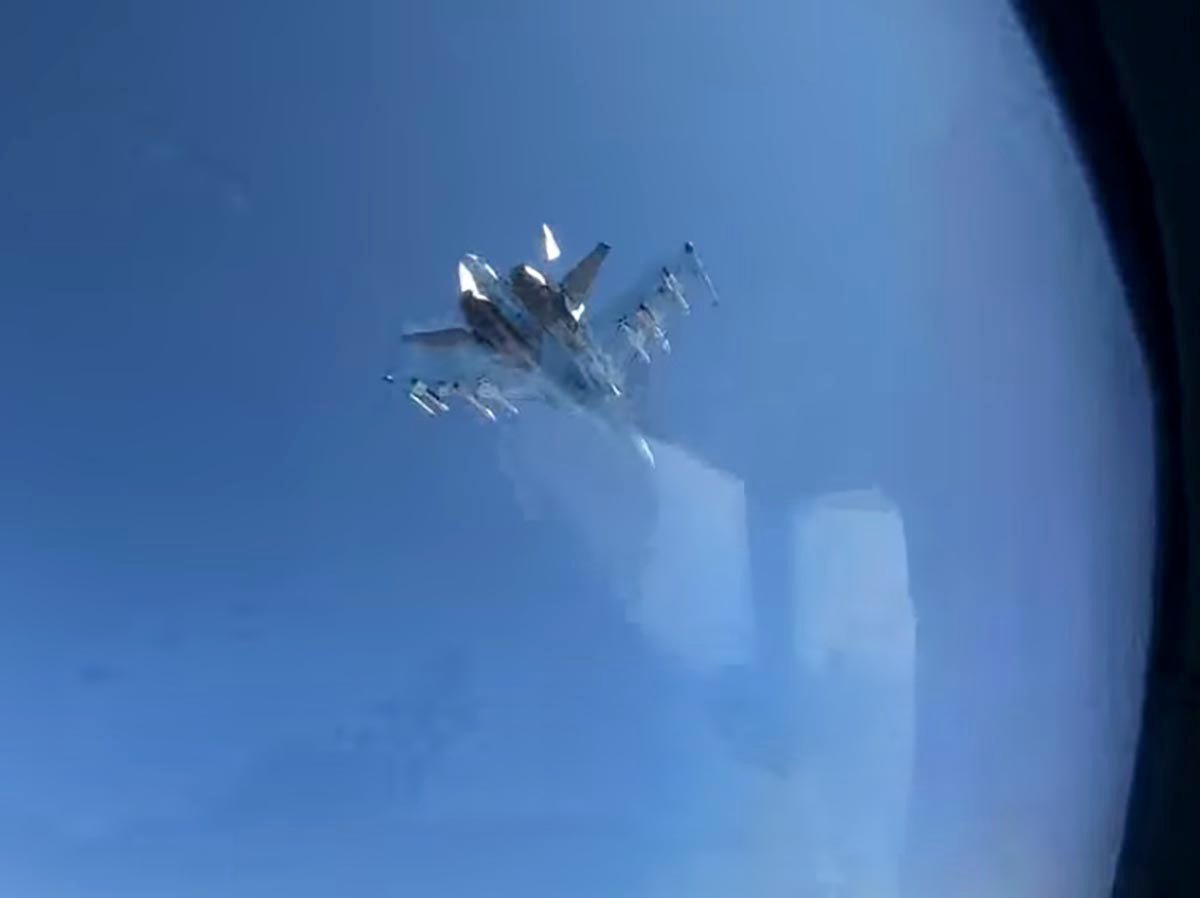 A Russian fighter jet was scrambled from the Hmeymim air base in Syria to shadow a US reconnaissance plane flying over the neutral waters of the Mediterranean Sea towards Russia’s military facilities, the Defense Ministry of Russia reported on Monday.

“On April 19, the Russian equipment controlling the airspace over the neutral waters of the Mediterranean Sea detected an air target performing a flight towards Russia’s military facilities in the Syrian Arab Republic. A fighter jet from the air defense alert quick reaction force of the Hmeymim air base was scrambled to identify the target,” the ministry said in a statement.

The plane belonged to the US Navy. The Russian fighter shadowed the US spy plane, the ministry said.

After the US plane changed its course, the Russian fighter returned to its air base, the ministry added.

“The aircraft of Russia’s Aerospace Force performed and perform all flights in strict compliance with the international rules of using the airspace over neutral waters,” the statement says.

The first intercept “was deemed safe and professional,” the statement said.

The second intercept by the Russian fighter was determined as “unsafe and unprofessional” as the Su-35 was conducting a high-speed maneuver and approached the US spy plane within a distance of about 25 feet (less than 8 meters), the US Sixth Fleet claimed.

The Pentagon already reported on April 15 that a Russian Su-35 plane had intercepted a US P-8A Poseidon plane over the Mediterranean. On that occasion, the US Navy also called this intercept “unsafe.”