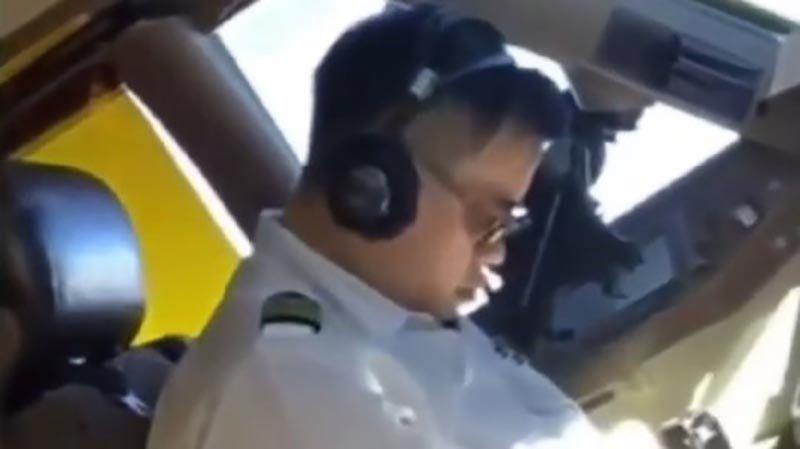 Video footage has emerged of a jumbo jet pilot taking a nap in the cockpit mid-flight.

The pilot is believed to be a senior officer for China Airlines, the national carrier of Taiwan. He is understood to have been flying a Boeing 747.

According to local media, he has been disciplined by China Airlines for breaching flight safety.

The pilot, with almost 20 years’ experience, was caught in the video fast asleep while the aircraft was mid-flight. It is not known when the snooze took place.

He was captured by a co-pilot, who filmed the incident and took photos. The co-pilot has also been disciplined for not waking the pilot up.

Earlier this month, a China Airlines pilot strike forced the cancellation of more than 100 flights, affecting almost 20,000 passengers, in an ongoing row about pilot fatigue.