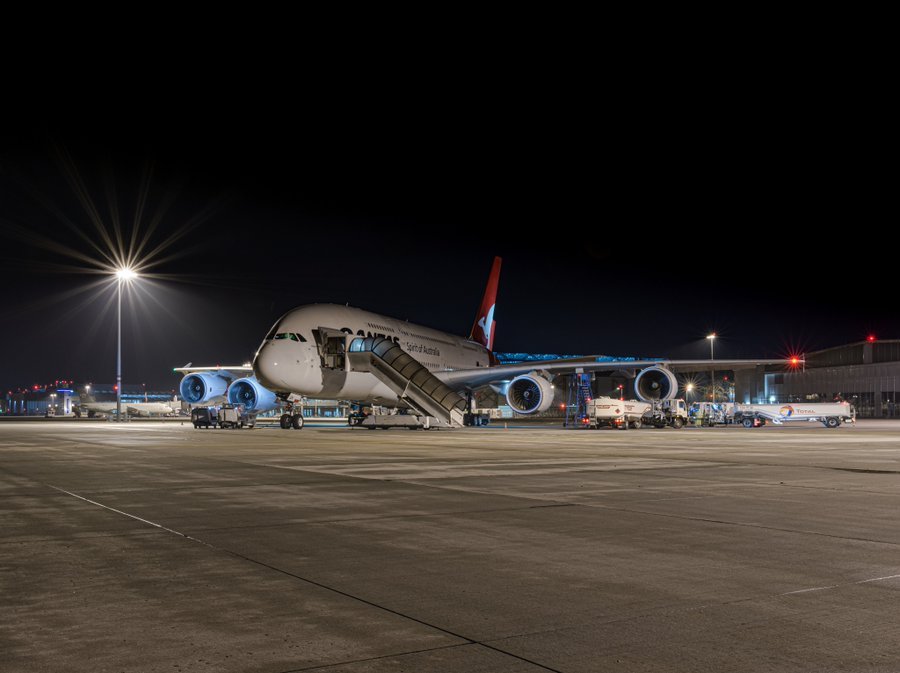 On December 19th, a Qantas Airbus A380-800 flew the longest ever A380 flight from Dresden to Sydney. 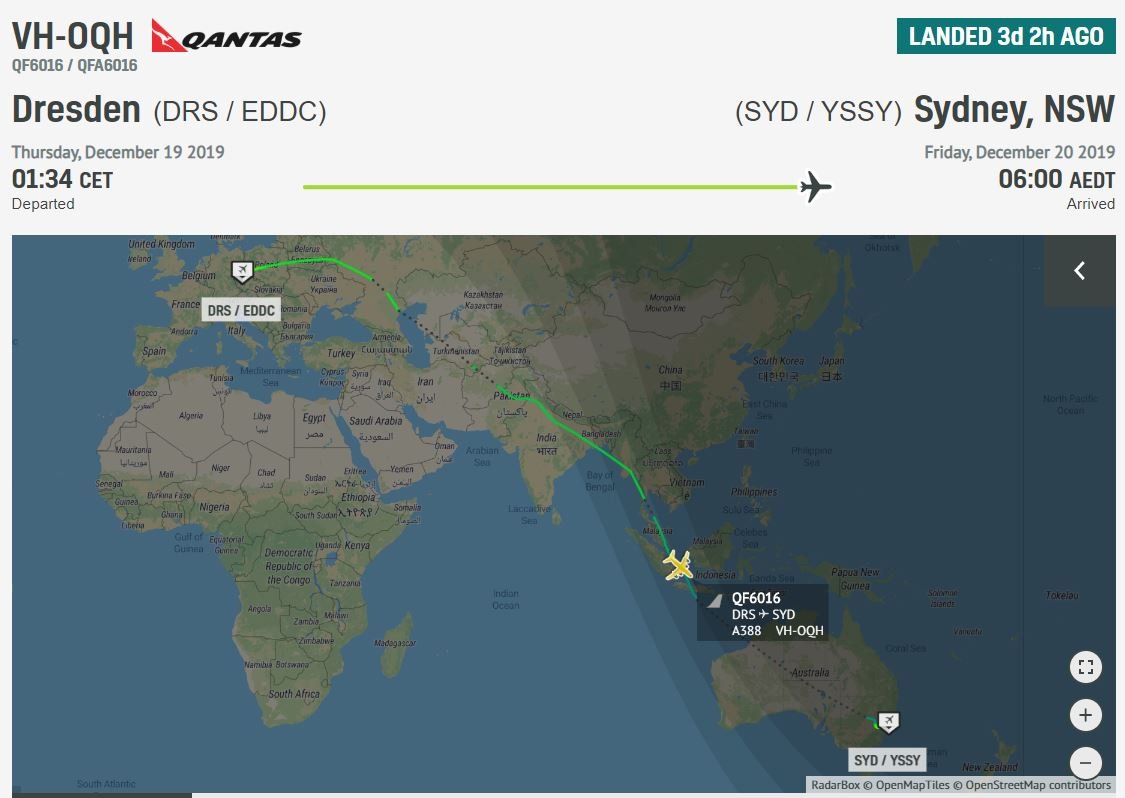 But this flight was not part of Project Sunrise. The Airbus A380 was flying a non commercial service, with empty seats as well as it didn’t have cargo load.

‘Reginald Ansett’ spent the last few weeks in hall 285 at Dresden Airport to be upgraded with a new cabin: complete reconstruction of the upper deck and the modification of the main deck with new seats and a new lounge.

Dresden Airport is known worldwide as a maintenance company for the Airbus A380. The Airport operates only few flights a day to Frankfurt, Munich, Zurich and Moscow.