A TSA agent in Orlando jumped to his death from a hotel balcony inside the Orlando airport, causing almost 100 flights to be cancelled 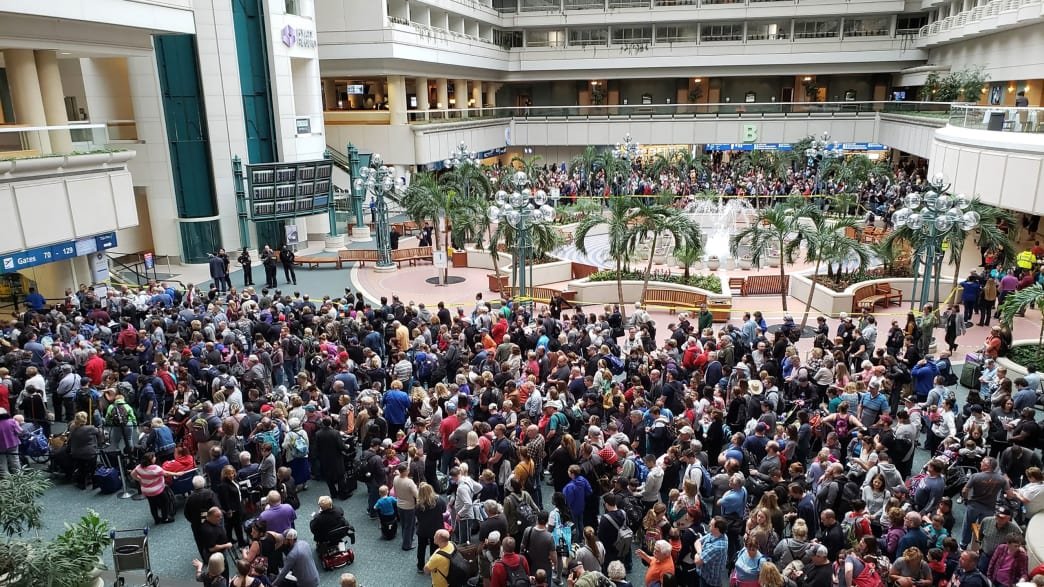 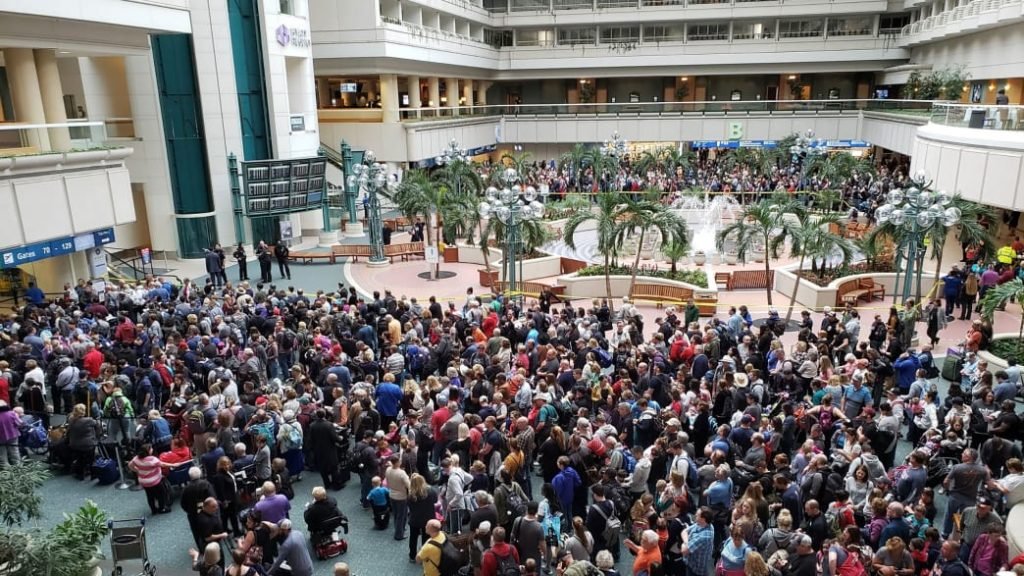 An officer from the Transportation Security Administration jumped to his death from a balcony inside Florida’s busiest airport Saturday, creating panic that brought some security checkpoints to a halt for hours and caused serious delays.

Panicked passengers rushed past checkpoints leading to about half of the gates at Orlando International Airport after the man jumped, resulting in checkpoint closures for up to three hours and some flight cancelations.

The TSA officer in his 40s died from an apparent suicide, according to the Orlando Police Department, which described it as an isolated incident.

The man jumped from a hotel balcony inside the airport into the atrium where passengers wait to get through security.