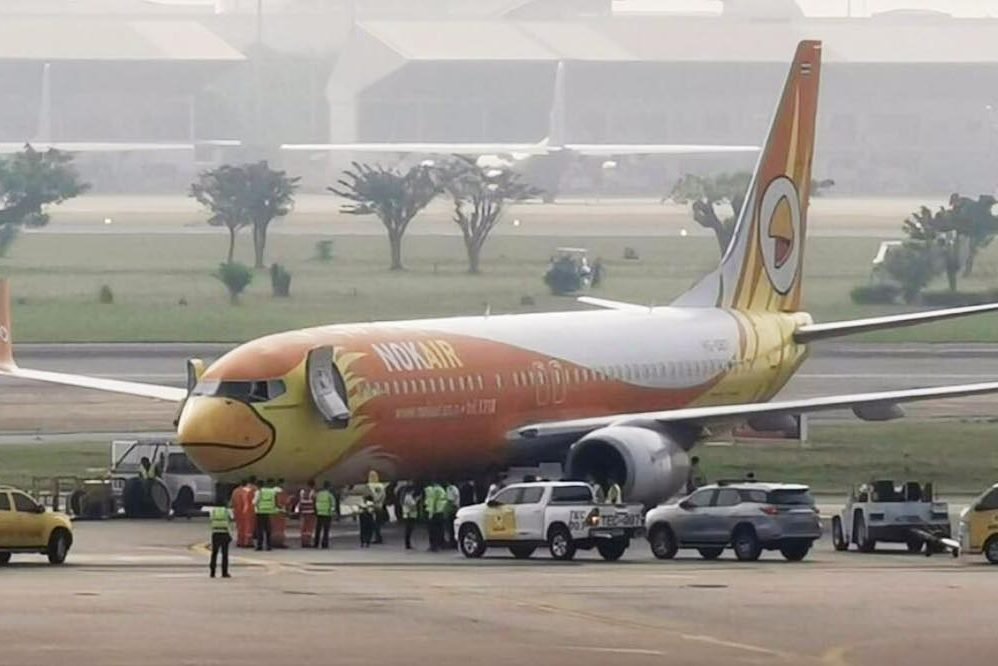 A Nok Air aircraft has been damaged at Bangkok-Don Mueang Airport.

A Boeing 737-800 (reg. HS-DBT) has been damaged whilst being towed at Bangkok-Don Mueang Airport, Thailand.

The towbar snapped as the tug was braking. The vehicle became wedged underneath the wing root leaving the tug driver dead.

The 737 was allocated for flight #DD6458 to Nakhon Si Thammarat.

INCIDENT A Gulfstream IV’s vertical stabilizer was seriously damaged by a Thai Airways A330-300
March 10, 2020