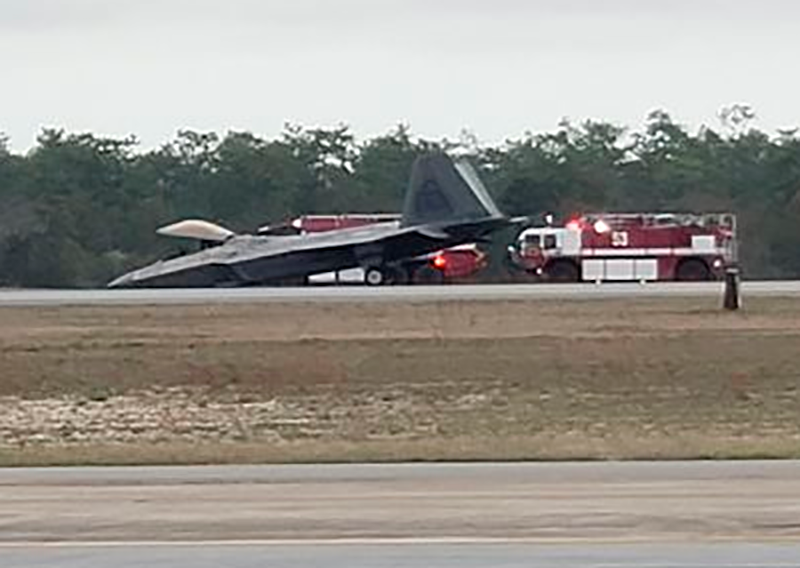 A F-22 Raptor sitting on its nose on the tarmac at Eglin AFB.

An F-22 Raptor, assigned to the 325th Fighter Wing, experienced a ground mishap at on the flightline at Eglin AFB, Florida, at approximately 3:30PM LT on Mar. 15, 2021, the base’s social media account reported.

“The F-22 experienced an in-flight emergency. The aircraft landed safely. There was one person on board. Fire crews responded immediately and the pilot was transported to flight medicine for an evaluation.An investigation into the circumstances surrounding the mishap is underway.”

A photograph, reportedly taken at Eglin AFB after the mishap, shows the Raptor suffering what appears to be a nose-gear failure.