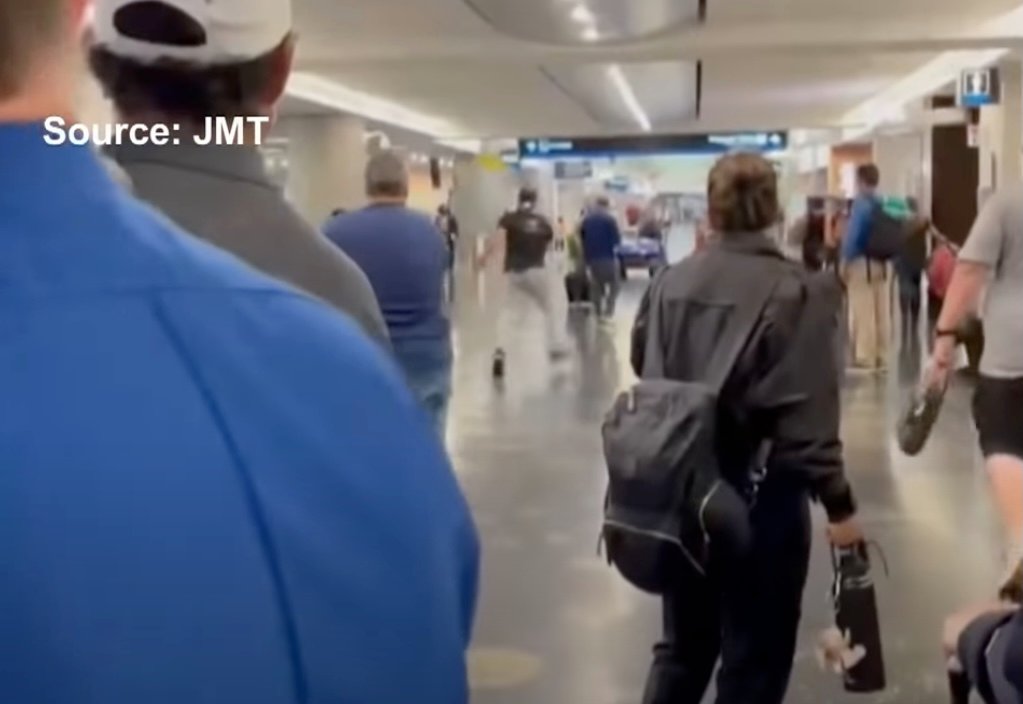 A man was caught on camera screaming, yelling, and getting violent at the American Airlines terminal at Miami International Airport Friday.

Miami-Dade police say the man was a veteran in crisis.

The man can be seen screaming at airport staff, knocking down barricades, kicking a sign and then gets physical.

Police responded and apprehended the passenger who was eventually taken to a nearby hospital for treatment and evaluation, according to Miami-Dade Police.

MIA says there has been an uptick in aggressive passenger behavior.