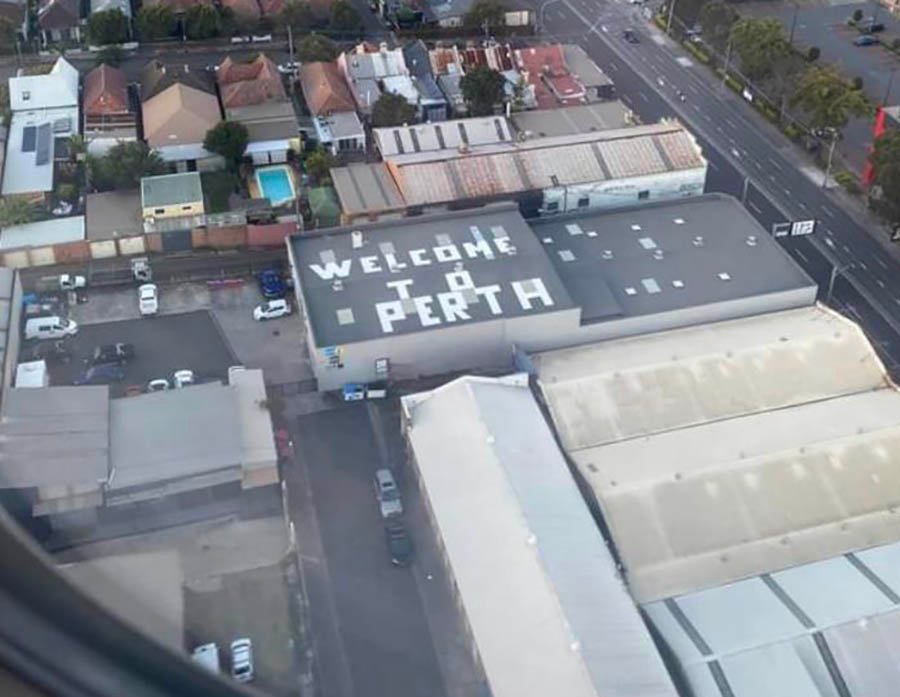 A “welcome to Perth” sign painted on a building rooftop is scaring fliers descending to Sydney airport into thinking they have been flown to the wrong Australian city.

The prank was spotted by a passenger coming into land at the country’s busiest airport and shared on Reddit.

The building, in the Sydney suburb of Sydenham, is directly on the flight path.

The building owner, Brad Heasman, told Australia’s Traveller he has been quietly waiting for someone to notice it since painting it three months ago in industrial road paint, which makes it highly visible.

Mr Heasman said he was inspired by the “Welcome to Cleveland” prank, which was painted on the rooftop of a building on the flight path into Milwaukee International Airport in 1978.

“I just figured there was no reason I couldn’t do the same thing and it’d make people laugh,” he said.

One Reddit user commented that the prank was “some high quality IRL trolling”.

Another said wittily: “Imagine their disappointment when they realise it’s Sydney.”