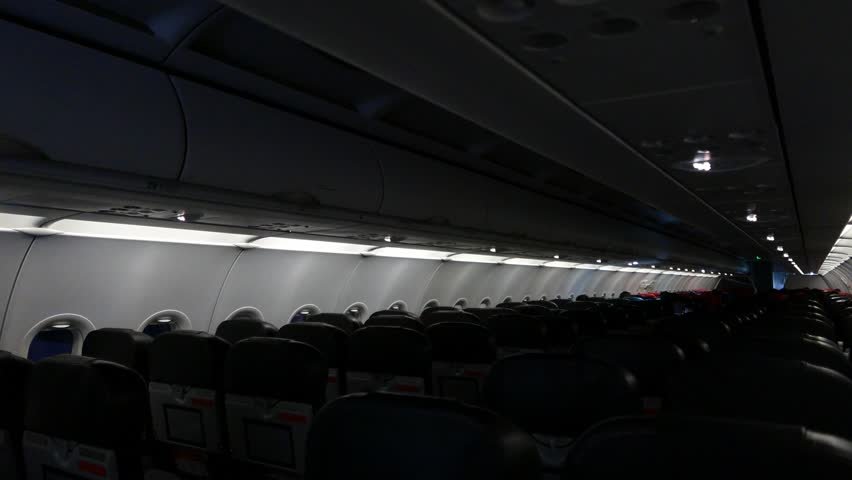 Ms Adams fell asleep during the journey but woke up to find the aircraft empty, cleared and parked in Toronto.

She had somehow been left inside the dark plane, which appeared to have been locked for the night.

“I fell asleep probably less than halfway through my short 1.5 hour flight,” she said, in a message posted on Air Canada’s Facebook page.

Ms Adams described her ordeal as “terrifying” and said she thought she was having a bad dream.

The stranded passenger called a friend but her phone died around a minute into the call.

Ms Adams then attempted to charge the phone but found that the plane’s power had been switched off.

Ms Adams said she found a torch in the plane’s cockpit and eventually made her way to the aircraft’s main door.

She eventually opened the door, only to find herself around 50 ft above ground and unable to negotiate the drop beneath her.

The passenger said she sat with her legs dangling out of the aircraft while sending out distress signals with her torch.

Ms Adams said she was unable to tell how much time had passed before she saw a man driving a luggage cart, who passed the plane.

She said she flagged the startled airport employee down, saying he was “in shock” to see her.

“He [asked] how the heck they left me on the plane,” Ms Adams said, describing her rescue.

An airline spokesperson confirmed that Air Canada was reviewing the incident and remained in contact with the passenger.