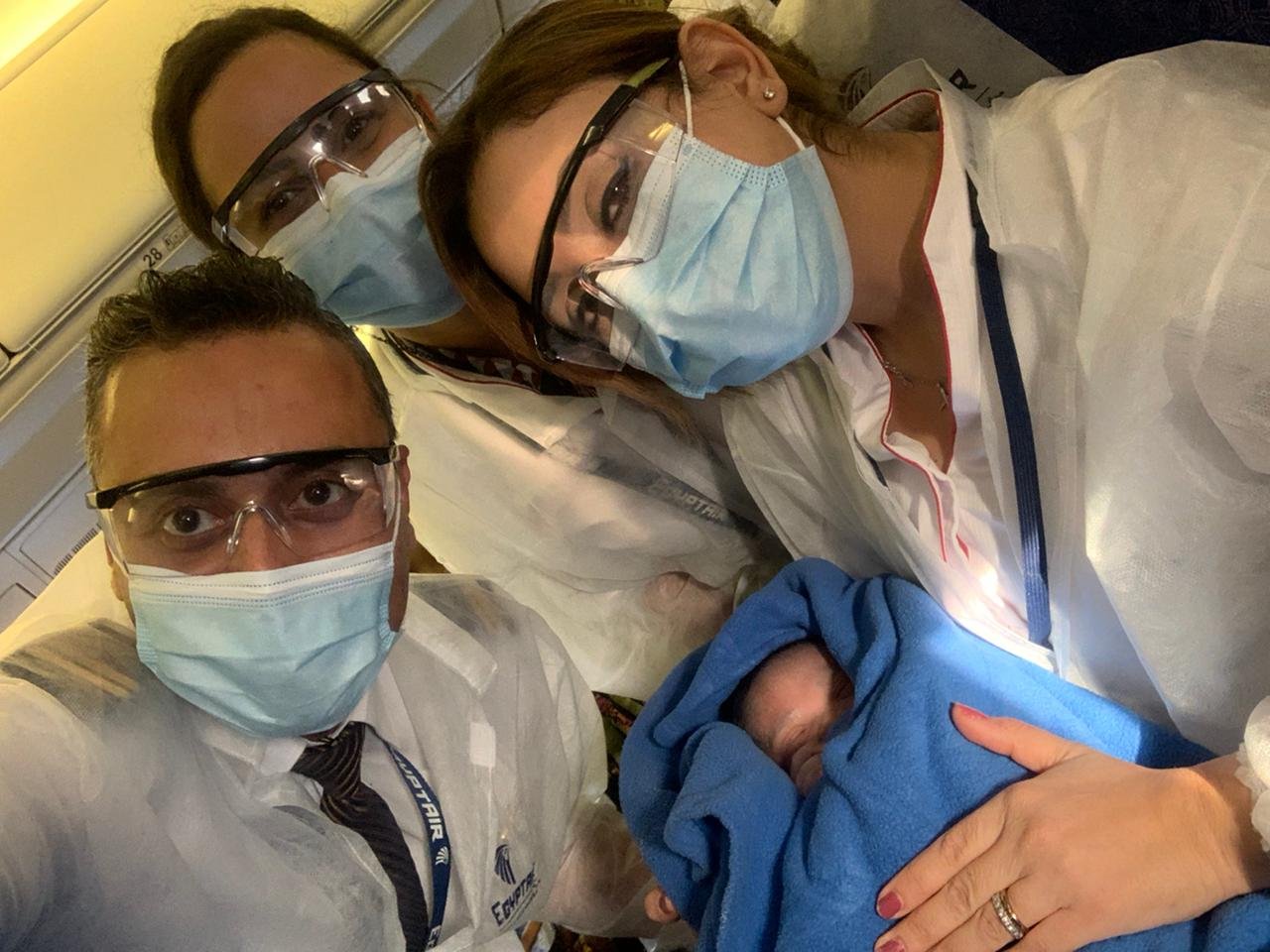 A woman gave birth on a plane with the help of a medical student who happened to be on board.

Kultumah Mohammed, 27, was on a flight from N’Djamena, in Chad, to Cairo, in Egypt, when she realised her baby was coming.

The Egypt Air flight tried to make an emergency landing in Aswan, about 500 miles south of Cairo, but the baby boy was born before the plane landed, while it was still flying over Sudan.

Luckily, medical student Laila Mohamed Abou Bakr was also on the flight and she helped deliver the newborn with the assistance of flight attendants on the plane.

When they eventually arrived in Aswan, the new mum and her child were taken to hospital where doctors said he was in a healthy condition.

The airline said: ‘All procedures for the safety of the passenger were followed and dealt with quickly, as the flight attendants cooperated with a medical student to assist the passenger in the mid-flight delivery.’ Heartwarming photos show the flight crew wearing PPE, holding the little one wrapped in a blue blanket.