A woman has accidentally crashed a van into Chancellor Angela Merkel’s plane at Dortmund Airport, forcing her to delay her return to Berlin 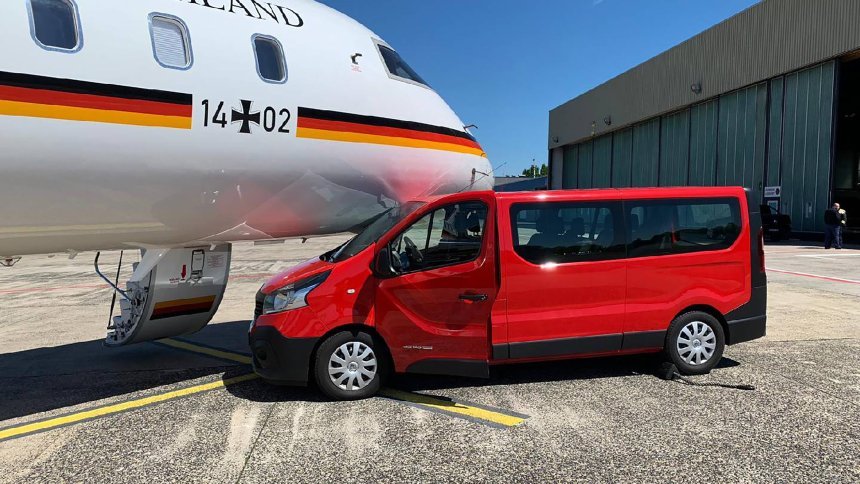 A German airport worker accidentally crashed a van into Chancellor Angela Merkel’s plane, forcing her to delay her return to Berlin.

The woman was driving at Dortmund Airport when she stopped to take a picture of Ms Merkel’s aircraft.

But she had not put the handbrake on and the van rolled into the aircraft’s fuselage, Der Spiegel reports.

According to Der Spiegel, the woman became excited when she saw the “Federal Republic of Germany” sign on the plane and jumped out of the van she was driving.

Ms Merkel was forced to return to Berlin by helicopter while technicians examined the extent of the damage.