A young boy steals a plane, crashes it and then steal a second one (video) 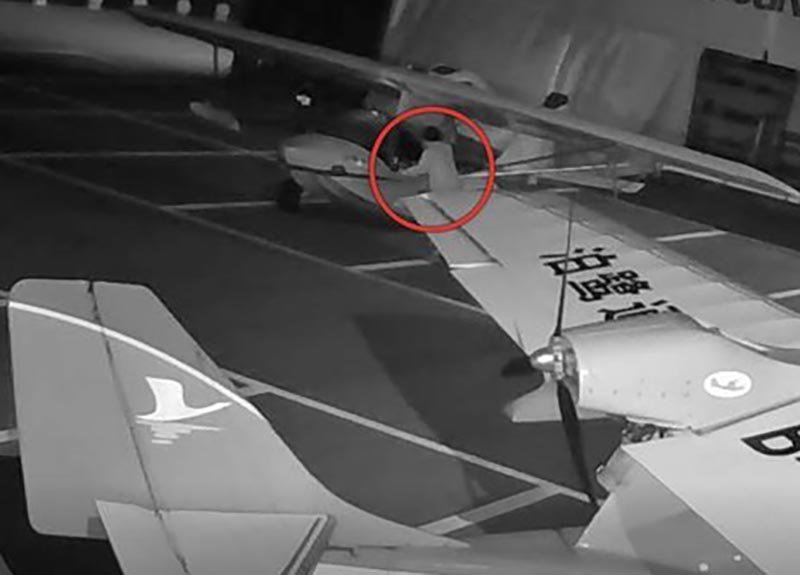 An unnamed child, 13, sneaked into the runway at Taihu National Holiday Resort, on the shores of Taihu Lake in Huzhou City, China, and managed to glide both light-sport aircraft around after midnight on July 15.

Staff became alarmed when they arrived the following morning to discover both SeaRey flying boats – one red and one yellow – outside of the hangar.

Some 20 minutes later, the boy was spotted climbing into another craft which he had pushed out of the hangar himself.

The teenager reportedly left on his electric bike after doing two to three circles.

Staff at the flight base, which uses the SeaRey flying boats for sightseeing services, recalled seeing the curious boy the day before while they were inspecting the aircraft.

They claimed the child stared at the planes – built by US aviation company Progressive Aerodyne – for two hours and is thought to have hatched a plan to try and fly them.

Investigators called to look into the case said they found the child at home doing schoolwork, his dad and his two sisters completely unaware that he had sneaked out at night to steal the flying boats.

The owners of the light-sport aircraft have accepted 230 GBP (2,000 RMB) in compensation from the family, despite reporting that the crashed plane suffered an estimated 930 GBP (8,000 RMB) in damage to one of its floats as well as its hull.

Tourist flight base supervisor Mr He said the boy pushed both flying boats out of the hangar and climbed into the open cockpit to start the ignition.

However, even if he had managed to glide at high speed along the runway, the teenager would not have been able to take off – that requires a trained pilot to adjust the flap angles, Mr He added.