About 4,000 baby chickens were found dead due to excessive heat at Miami airport 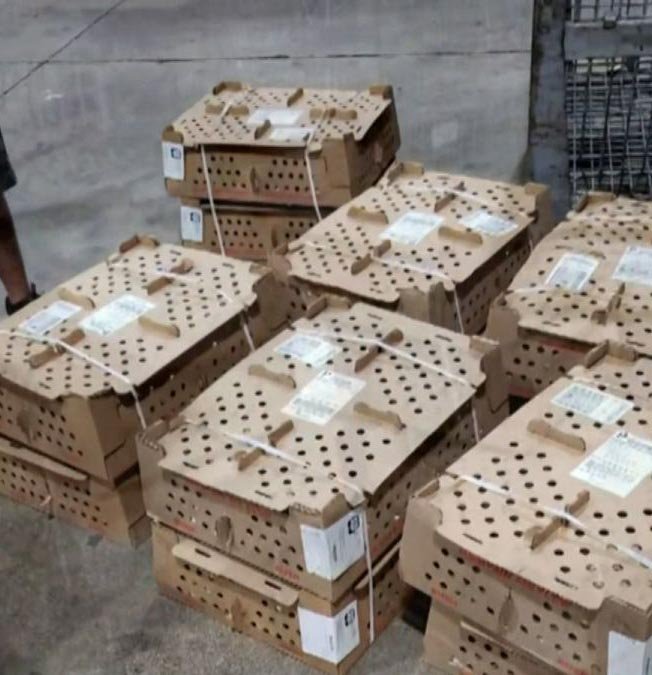 Thousands of baby chickens died Tuesday from excessive heat, found in a cargo warehouse by a Miami-Dade airport employee.

The “employee found the shipment of baby chickens in an Alliance (Ground International) Cargo warehouse that had arrived that day on a Delta Air Lines flight from Minneapolis-St. Paul” during a routine patrol, explained Greg Chin, a spokesperson for the Miami-Dade Aviation Department.

The chicks were on a Delta flight, which landed at Miami International Airport at 1:16 p.m. ET Tuesday, according to flight records. The birds were discovered four hours later, Chin said.

The chicks had been loaded onto metal baggage carts and sat under the South Florida sun for some time, according to CNN affiliate WPLG.

The temperature at the airport was 90 degrees at the time, which was also the high for the day, with a feels-like temperature of 98 degrees, according to CNN meteorologists. Asphalt temperatures can be 40-60 degrees hotter than the air.

The Florida Department of Agriculture and Consumer Services was notified Tuesday afternoon the “birds had died as a result of excessive heat while awaiting transport to the Bahamas,” spokesperson Erin Moffet said. “The remaining live chicks made it to their final destination,” Moffet said.

Farm representatives in the Bahamas told WPLG of the 5,200 chicks initially in the shipment, only about 1,300 made it to them alive.