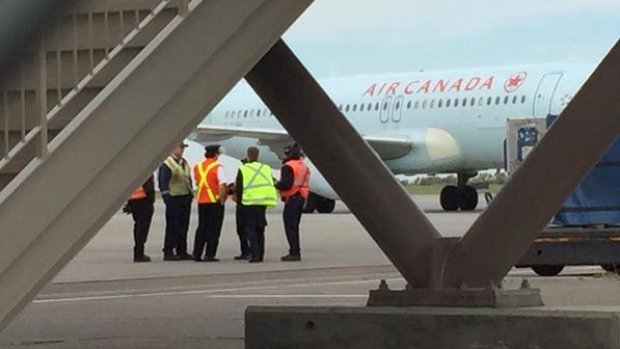 An unattended phone on an Air Canada flight gave emergency crews a scare this morning which led the flight to be diverted to Regina.

The Toronto bound flight was in the air over Saskatchewan after taking off from Edmonton when the incident happened at around 09:00 CST.

Passenger, Cathy Sawyer said on Twitter that her plane was en route to Toronto, but was diverted to Regina because of a cellphone found on board.

In addition she said Somebody found it in the waiting area in Edmonton, brought it aboard and then went around asking the passengers if it belonged to them.

The plane made an emergency diversion to Regina as no one claimed the phone so the phone could be removed.

Sawyer said by around 10:00 the phone had been removed from flight AC 1156 and the aircraft was refuelling.

An Air Canada spokeswoman said “strictly out of an abundance of caution due to a security concern after an unclaimed cellphone was located on board.”

There were 136 passengers on the plane and the company has identified the phone’s owner.