Air Force One seen being moved on a barge 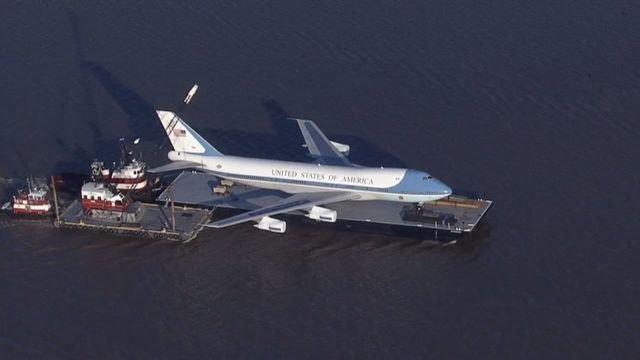 A full-sized replica of Air Force One made its way up the Potomac River on a barge and will go on display during an exhibit at National Harbor.

The recreation of the famous plane used to transport the President of the United State is part of an exhibit called the Air Force One Experience. 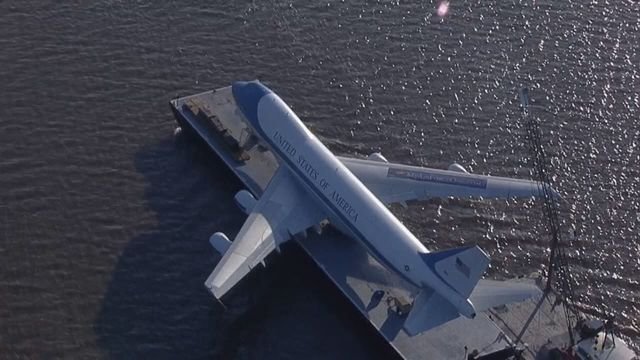 The plane is built to resemble the real aircraft both inside and out. Visitors will find presidential artifacts inside as well as recreations of the interior rooms.

The exhibit will open at National Harbor on October 19 and will remain in the water near 165 Waterfront Street through the holiday season.