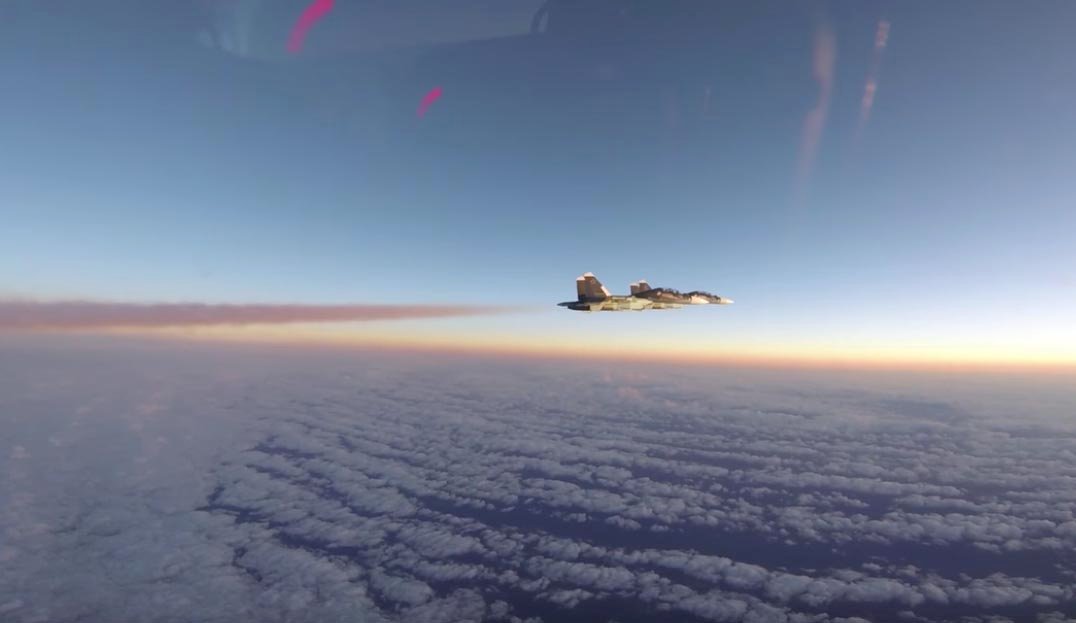 The video footage of two intercepts from Nov. 23 and on Dec. 13, 2017, was taken from cameras inside the cockpits of F-15s from the 493rd Expeditionary Fighter Squadron, belonging to the 48th Fighter Wing of RAF Lakenheath, in the United Kingdom.

The video shows two Russian Navy Su-30 Flankers flying in the Baltics before they’re intercepted by American F-15s because they did not broadcast the proper codes required by air traffic control and had no flight plan on file, U.S. Air Forces in Europe-Air Forces Africa said, according to Stars and Stripes.